Daryl Wein and Zoe Lister-Jones‘ Breaking Upwards (IFC Films, 4.2) is — no exaggeration — the best shot, best written, best acted and best-edited New York relationship drama made for $15,000 that I’ve ever seen. If it had cost $50,000 or even $100,000 I’d still be in the wheelhouse. I expected something a little rough or meandering, but it’s an unusually bright, engaging and robust little film for what it is. 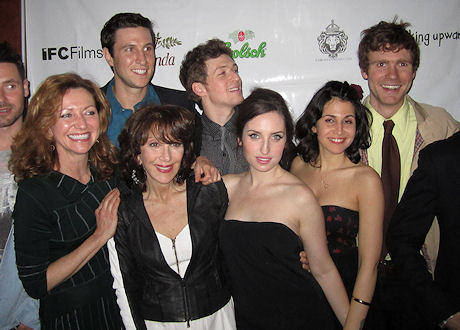 Wein and Lister Jones have based their co-written script (along with Peter Duchan ) on their own real-life history, playing themselves with Wein directing and editing. I heard at the after-party that it actually cost more than $15 grand but we’ll let that one slide.

It’s about a 20something couple going through the stales and looking to shake things up agreeing to give themselves some time off and maybe nookie around. Which of course puts Breaking Upwards in the same realm and even in a kind of quasi-competition with Katie Asleton‘s The Freebie.

Breaking Upwards is in no way cute or farcical in the mode of those idiotic chick-flick romances that the studios release in January-February (and which female Eloi support with way too much enthusiasm.) The script seemingly focuses on Wein and Lister-Jones’ actual social/work milieus, which means acting classes and West Village bike rides and Jewish gatherings and parental kitchen chats, etc. And the enterprise feels utterly genuine and authentic and perceptive within these perimeters. 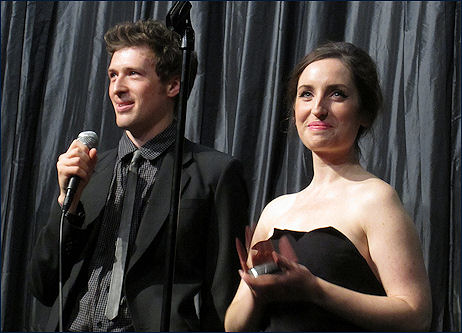 Honestly and no offense? Lister-Jones comes off as a handful and a bit of a snippy bitch. Wein hooks up at one point with Olivia Thirlby (Juno, The Wackness) during one of his roam-arounds, and as soon as this happened I was muttering “dude, go for it…take a chance on the new talent…Zoe is way more trouble than she’s worth!”

Which obviously isn’t an indication of any real-life judgment or observation on my part. I’m just saying that Lister-Jones comes off, fairly or intentionally or whatever, as prickly and bothered with more than her share of thorns.

Alex Bergman‘s cinematography is clean and unfettered and well-framed, and Wein’s editing is fast and nimble and keeps the ball in the air at all times.

Here’s that Larry Rohter story about the making of the film that ran in last Sunday’s N.Y. Times. Good on Falco Ink for making this happen. 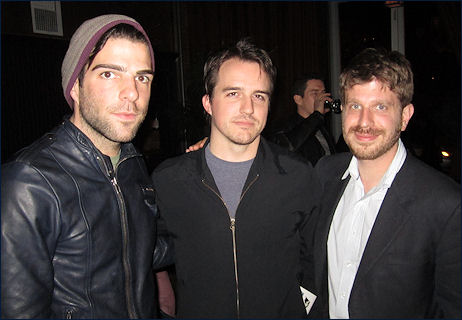