Halfway down page 281 in Nick Tosches‘ Dino: Living High in the Dirty Business of Dreams, the basic philosophy of Dean Martin in 1956, just before his breakup with Jerry Lewis, is summarized as follows: 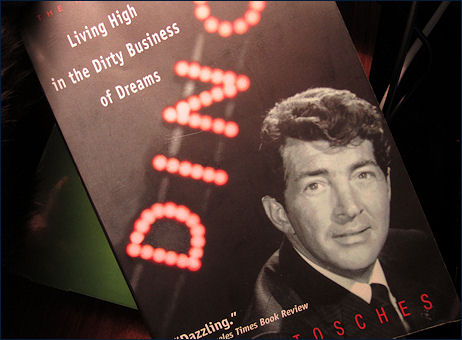 “Jerry had his Beverly Hills psychiatrist, Dr. Henry Luster. Dean had himself, il dottore dell’io. Airs, waters and places had conspired against him. There could be no happiness but in waving away the world; none but in being apart, unthinking, unfeeling.

“And what the fuck did Dante know about hell? Dante Alighieri and Jerry Lewis. Nine years of listening to that mortucrist wail and whine — then he really could have written a fucking Inferno.