I noted last week that I found Robert Downey, Jr.’s appearance in Iron Man 2 irksome. All that base and mascara and tanning spray, and that prissy Van Dyke beard. Today I finally put my finger on it — he has a bit of that Cesare Danova-in-Cleopatra thing going on. That’s the only notable Van Dyke beard performance I could think of, but there must be others. I only know (or feel, at least) that in Downey’s careful clippings and waxy skin something icky this way comes. 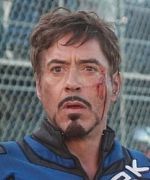 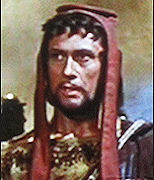 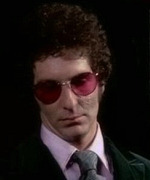 (l. to r.) Robert Downey in Iron Man 2; Cesare Danova in Cleopatra; Leonard Frey in The Boys in the Band.

The fact that Iron Man 2 made $133.6 million this weekend is marketing, of course, but there’s no reasonable explanation for it having earned an “A” with CinemaScore. Not in my head at least. Sooner or later, I also feel, Downey will have to deliver a real performance in a good film and get away from this tentpole franchise crap that has recently consumed his energies. If I could will it with a wave I would have him play “Harold” in William Friedkin‘s The Boys in the Band — the role that Leonard Frey did so well with 40 years ago.

“What I am, Michael, is a 32 year-old, ugly, pock-marked Jew fairy, and if it takes me a little while to pull myself together, and if I smoke a little grass before I get up the nerve to show my face to the world, it’s nobody’s god damned business but my own. And how are you this evening?”