The Iron Man 2 filmmakers and characters “are so plainly enjoying the ride that to watch [the film] slow and stall, under the weight of dead plot, is a cause for regret,” writes New Yorker critic Anthony Lane. 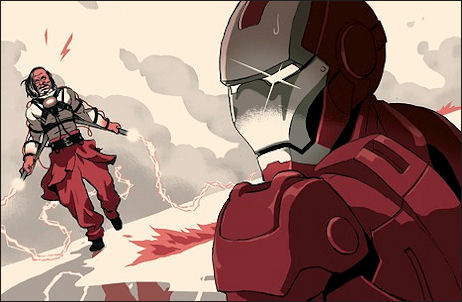 Director Jon Favreau, screenwriter Justin Theroux and the cast “have a mind to attempt what no other team has done: to take the built-in hyperbole of the genre and treat it as food for laughs. Iron Man’s aspirations are as puffed up as those of Batman, Spider-Man, Watchmen, Fantastic Four, and the rest of the gang, but the telling of his tale feels more leavened and less savage than theirs, and it’s a pity that Favreau didn’t go the whole way and toss out the creaky narrative junk.”