In response to yesterday’s story about about an alleged debate within Lionsgate about whether to release Sylvester Stallone‘s The Expendables with an R or a PG-13 rating, I was informed earlier today by a Lionsgate rep that the action pic “has always been conceived as an R-rated film, as Stallone himself has confirmed to other press outlets throughout the filmmaking process. There is not a PG-13 version of the film in the works, nor has there ever been. The MPAA R rating is official and final.”

Okay, fine…but it wasn’t always this cut and dried, at least as far as Expendables producer Avi Lerner has been concerned.

Last June Lerner told UGO reporter Rene Rosa that “there will be both PG-13 and R-rated cuts for The Expendables and they will test each to decide which to release. The Expendables is costing about $80 million dollars, thanks to so many real explosions, the star cast, and everything else that goes into making an action flick. The studio wants this film to be a big hit and Avi is hoping to turn it into a franchise — including whoever doesn’t die in the first film in subsequent films.”

If you ask me Stallone’s quote indicated he was prevailing over a different point of view. He obviously won the argument, but Lerner was on the record about the PG-13 vs. R cuts, in part because of the experience of R-rated Kick Ass taking in only $47.5 million as of 5.30.10. Lerner wants the biggest possible opening for The Expendables, and so he naturally had thoughts about the R rating possibly interfering with this.

My eight-minute chat with John C. Reilly, a vulnerable and engaging lead in Cyrus, got whittled down to a 5 minute and 45 second one. I began by telling him I was sorry I’d never seen him play Stanley Kowalski in the 2005 Broadway production with the late Natasha Richardson. This led to the inevitable discussion about the dominance of Marlon Brando‘s Stanley, etc.

Enjoyable as they are, press junkets always seem to dominate everything else — everything you might want to write and think about sorta gets pushed aside. Which isn’t to say today’s Cyrus junket, held at the Grammercy Park hotel, wasn’t a complete pleasure. I just didn’t get much done. The day included intriguing chats with co-directors Mark and Jay Duplass, and costars John C. Reilly and Marisa Tomei. 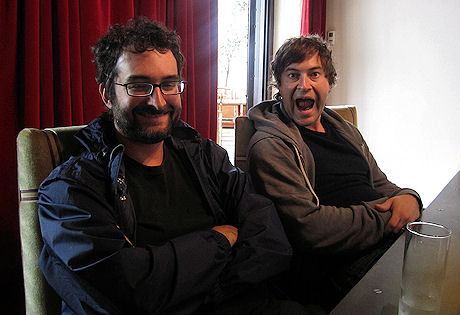 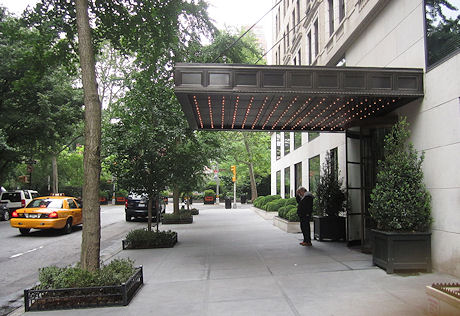 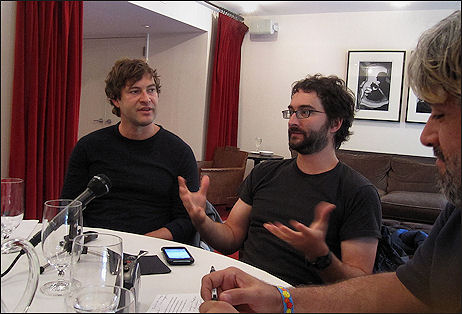 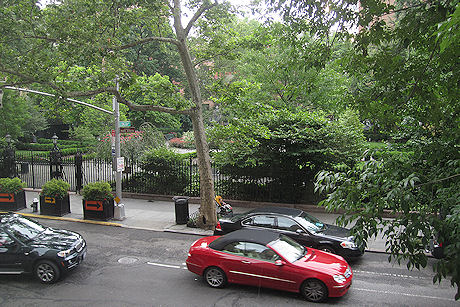 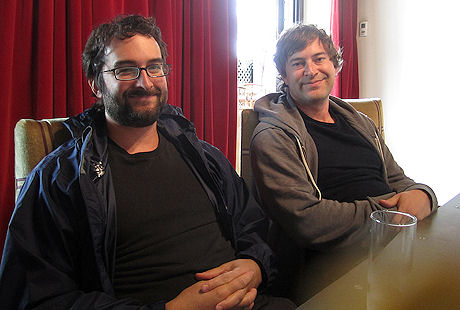 To mark the 60th Anniversary of the start of the Korean War, Turner Classic Movies is running a 24-hour marathon of Korean War movies on 6.24 starting at 8 pm. So what’s the explanation for their not including Lewis Milestone‘s Pork Chop Hill, which is certainly one of the best about that conflict. You could argue that it’s the best.

I love it when well-made action sequences deliver adrenaline surges you can really trust. By which I mean action and adrenaline so alarmingly palpable that it almost feels surfable. For me, the last time I felt this thing the way it was meant to be felt was in Alfonso Cuaron‘s Children of Men — a landmark dystopian epic that raised the bar on action sequences by adhering to a strict you-are-there POV (i.e., a single perspective with no cheap-ass cutting from 117 different angles) and shooting with long unbroken takes. 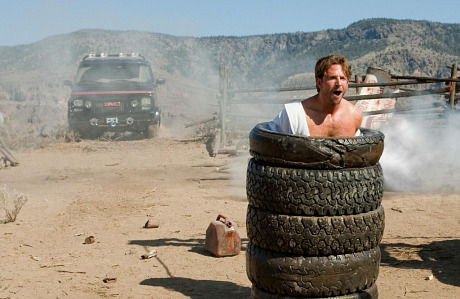 For me, Joe Carnahan‘s The A-Team (20th Century Fox, 6.11) delivers the exact opposite effect as Children of Men. No actual excitement, no honest thrills, no trustworthy adrenaline, no conviction, and edited so frantically and mindlessly that you can’t tell what the hell is going on (and after ten or fifteen minutes of this you don’t want to know).

The A-Team is the machismo equal of the Sex and the City 2 — it tarnishes the reputation of guy films the way SATC2 blackened the term “chick flick” for years if not decades to come.

The A-Team delivered waves of intense loathing mixed with that familiar sensation (which I initially tried to describe after seeing Sherlock Holmes last December) of literally being poisoned with a clear plastic tube snaking out from the screen and jabbed into a vein in my arm.

The A-Team is pure cartoon-fizz bullshit — as scuzzy and value-less as this kind of testosterone pornography can possibly get. There’s nothing quite as boorish and deadly as a movie that believes it’s putting out the good stuff — giddy hilarity, wow-level excitement, popcorn razzle-dazzle — when it’s actually doing nothing of the kind. It’s like a rabid dog that needs to be tasered and sent to the pound and put down.

Carnahan, the once-admired Narc guy who’s thoroughly finished in my book, is, of course, the obnoxious force behind it all. I’m not saying he needs to be put down also, but Carnahan does need to be arrested and constrained and flown to a remote prison compound in Kampuchea. He’ll be given a decent home with wifi and a 52″ plasma flatscreen and all the other comforts, but he doesn’t leave for a minimum of five years. No coming back to the States, and definitely no more gigs as a director until 2015. I’m serious. Because movies like The A-Team are like factories pouring polluted smoke into the air and turning the water table rancid.

I need to get myself over to a Cyrus junket in Manhattan. I’ll finish this later. But the woman who wrote this review is a kiss-ass.