I’ve no interest in whether Kristen Stewart and Robert Pattinson are currently “on” as a couple, but I know they’re almost certainly doomed if Pattinson fails to find some degree of assurance or validation from outside the Twilight sphere. They both need to succeed in films without vampires or werewolves, but especially Pattinson given (a) his apparently limited acting range and (b) his shitty choices so far, which have created a vague “uh-oh” feeling. 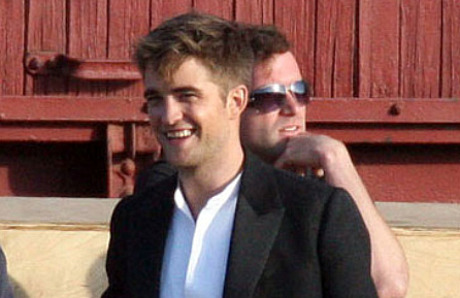 Robert Pattinson on the set of the currently-lensing Water for Elephants.

Relationships between actors are never entirely defined by feelings and character and commitment. They’re about about the necessity of similar career grooves. If over the next two or three years Stewart’s career just piddles along like Pattinson’s, they may work out. But if she catches on with a great performance in something really successful or Oscar-worthy while he’s still treading water, they’ll be finished in a matter of months.

Pattinson’s stock clearly fell in the wake of his boring performance in Remember Me, a second-rate romance by way of some 9/11 exploitation. RP’s previous appearance as Salvador Dali (with that absurd uptwist moustache) in ’08’s Little Ashes didn’t do him any favors either.

Pattinson currently has three extra-curricular features in the pipeline, and if one of them doesn’t “take” on some level he’s done. I’m sorry to sound like a Darwinian hard-ass, but if you don’t think agents are thinking and saying the same things then you need to get out more.

One look at Pattinson’s appearance in his next film, a period romance called Bel Ami, and your heart goes “meh.” Co-directed by Declan Donnellan and Nick Ormerod and based on a short story by Guy de Maupassant, it’s described as “a chronicle of a young man’s rise to power in Paris through his manipulation of the city’s most influential and wealthy women.” In other words it’s a period Lothario story in the vein of Stephen Frears‘ Cherie. 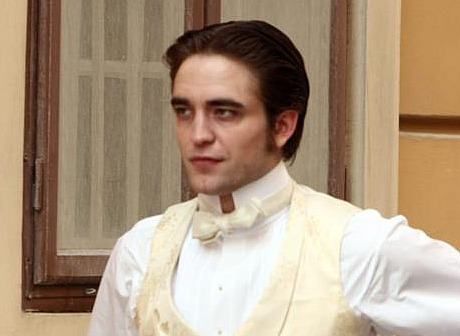 Pattinson on the set of Bel Ami.

Next comes the currently-shooting Water for Elephants, which is being directed by Francis Lawrence (Constantine) from a Richard LaGravanese screenplay. (Here are pics from the set.) It costars Reese Witherspoon, Christoph Waltz and Hal Holbrook. It’s about a young guy who gets a job as a circus vet. Maybe, but it seems minor.

Pattinson’s third and last shot is Madeline Stowe‘s Unbound Captives, a western that Stowe wrote and will direct. The synopsis says it’s about “a widowed woman [being] rescued by a frontiersman and the two searching for her kidnapped children,” etc. Hugh Jackman and Rachel Weisz costar. I’m guessing that Jackman will plays the fontiersman so I don’t know where this leaves Pattinson.