Sand Out Of The Hourglass

The July issue of Vanity Fair contains one of those oh-to-have-lived-a-champagne-life-in-the-50s-or-60s articles about the coupling of Elizabeth Taylor and Richard Burton. It’s an excerpt from Sam Kashner and Nancy Schoenberger‘s Furious Love: Elizabeth Taylor, Richard Burton, and the Marriage of the Century (Harper, 6.15). 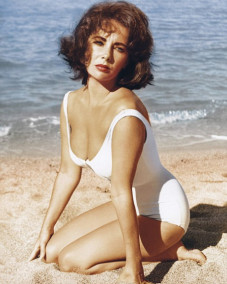 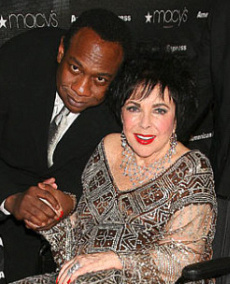 The fact (i.e., outside the bubbly spell of this book and article) is that Taylor and Burton were considered to be celebrity boors and attention junkies after they meshed in Rome in 1962 and thereafter became known as Liz-and-Dick — the first Hollywood power-couple whose paparrazi photos gradually developed the power to make average people feel nauseous at the drop of a hat, certainly by the time they made The Sandpiper in ’65.

They had both enjoyed their proudest professional moments in the ’50s (although Burton managed to recapture some of his glory in two ’60s films, Becket and The Spy Who Came In From the Cold), and seemed to do little else except spend and party and squander once they hooked up.

Taylor had hit her physical, sexual and professional peak from the time of ’51’s Father of the Bride through Butterfield 8 in ’60, and Burton was in an enviable groove during the same approximate period, tackling a little Shakespeare on stage along with films like The Desert Rats, The Robe, Alexander the Great and Look Back in Anger. But they began to signify a kind of jet-set boredom and the notion of attention-for-attention’s-sake after they became a famous couple. They were the first to be seen in this light, I suppose, becoming in a sense the Bennifer (my favorite term was always “B. Lo”) of their time.

The two photos above — Taylor during the filming of Suddenly Last Summer in ’58, and recently with her current boyfriend, the allegedly gay Jason Winters — remind us that the elixir of youth is spent before we know it, and that it all downswirls into wheelchairs and tired bones and cluelessness. It’s a brutally cruel process. 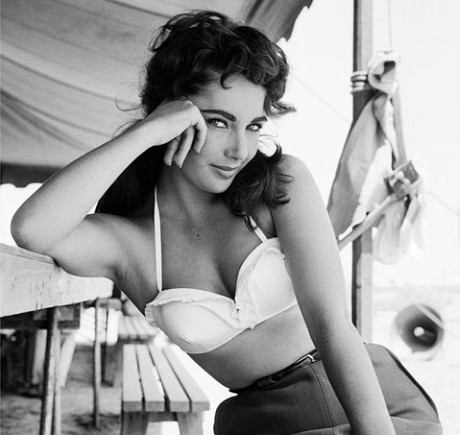 Taylor in ’55, during the shooting of George Stevens’ Giant.

“Before Brangelina, TomKat and Speidi there was Liz and Dick — that is, Elizabeth Taylor and Richard Burton, the super-couple who set the standard all others can only aspire to in terms of modern celebrity,” reads Rebecca Sacks‘ summary. “What other couple has been condemned both by the Vatican and on the floor of the House of Representatives? What other couple lived as decadently, as opulently, and as passionately? What other couple could conquer both Hollywood and Broadway the way these two did over a span of two decades?

“Kashner and Schoenberger trace the arc of this epic, turbulent love affair, which appropriately began on the set of Cleopatra — a story about another romance for the ages, and one of the most expensive films ever made — and ended spectacularly with jealousy, anger, and divorce, despite the fact that Taylor and Burton never really fell out of love.

“[The authors] scored a major coup in persuading Taylor to allow them to publish scores of never-before-seen letters that Burton wrote to her, and passages from many of the letters are included in the excerpt. In addition to demonstrating that Burton was a gifted, lyrical, playful writer who could effortlessly summon the beauty of the Shakespearean language he so loved, the correspondence reveals poignant and intimate truths about the power of the bond that Taylor and Burton shared — sexual, creative, and spiritual.”