One of the oldest inner-torment cliches is when a character wakes up from a nightmare like a jack-in-the-box — bolting upright all sweaty and pop-eyed and going “aarrgghhh!” (I’m thinking of a damp-faced Frank Sinatra doing precisely this in The Manchurian Candidate.) But I don’t recall this kind of thing being done humorously until Nicholas Stoller used a morning-wakeup scene with Jonah Hill in Get Him To The Greek. 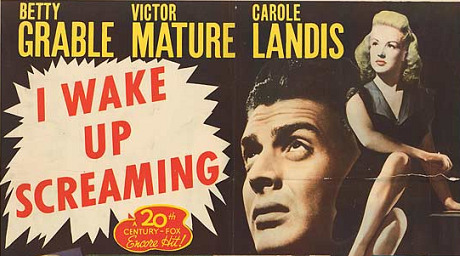 Hill has been drinking and drugging with Russell Brand all night, and the sound he makes as he suddenly pops into semi-conscousness the next morning, lying on the couch, is classic — “Aahhrrgh!” This was probably the best laugh I got from the entire film.

I don’t drink much these days (a little wine sometimes) but I’ve been there. There’s really nothing like starting the day with a jolt and a guttural sound, which is usually because you’ve overslept and are late for work, or because you don’t know where you are. You’ve been tossing and turning for the last couple of hours, and your thought dreams are so turbulent and scattered that you suddenly break out of the sleep membrane like an animal, going “wahhrrrghh!” And then you open your eyes and slowly gather your bearings, and then you stumble into the bathroom and splash water on your face.