Of Mice and Mausers

96% of Kirk Douglas‘s activities in Paths of Glory involve standing around and talking. Every now and then he strolls or sits or walks up stairs, but mostly he stands and talks. Strategy, protocol, orders, arguments for the accused. He spends 4% of the film leading the charge against the German “Ant Hill”and getting dirt and dust on his face. I nonetheless accept Criterion’s decision to exploit this 4% to sell their upcoming DVD/Bluray of Stanley Kubrick‘s 1957 film. 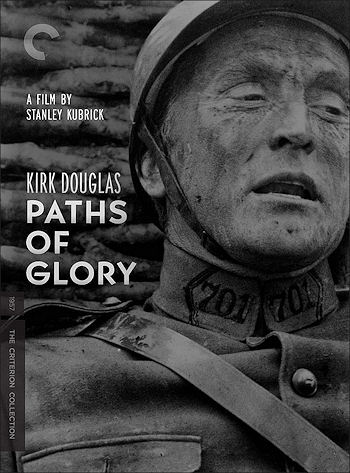