I’ve noted before that a good portion of popular movies and popular actors have always been mediocre and/or mushy. You can’t quite say that the more popular a film is now, the less cultural cred it will have in years and decades to come…but a lot of popular stuff sure seems old or stodgy in retrospect. And an awful lot of popular actors from the big-studio era sure seem like nothing. Which correlates, of course, to our current crop. 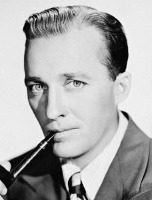 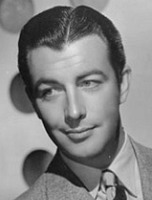 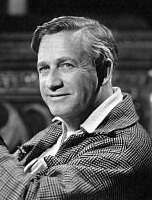 Everyone today gets what Cooper, Cagney, Bogart, Gable, Astaire, Raft, Davis, Widmark, the Marx Brothers, Monroe and Dean were about. But other studio-era figures seem stodgy, Pleistocene. You watch their films and can’t understand what the big deal was.

Who rents the movies of Bing Crosby today? Nobody, but he was a major Box-Office God in the ’40s and ’50s. Ditto the bland and dismissable Robert Taylor, who was quite popular in the ’30s and ’40s. Who talks about the films of Mervyn LeRoy these days? Except for ardent fans of Little Ceasar, I Am A Fugitive From a Chain Gang and Thirty Seconds Over Tokyo, no one. That’s partly because LeRoy became a total status-quo mush head in the late in the ’40s and ’50s, churning out stuff like Little Women, Quo Vadis?, Million Dollar Mermaid, Mister Roberts, The FBI Story, A Majority of One, Gypsy, etc. All but unwatchable today.

Among the box-office chat-toppers between 1995 and 2000, only one — Titanic — has any dramatic or cultural cred today. (And that’s only because of the last 25 minutes or so.) The rest are borderline embarassments now. ’95’s top grosser was Die Hard with a Vengeance — awful. The ’96 champ was Independence Day — Chinese water torture today. Armageddon topped the ’98 list — all but excruciating because of the machine-gun cutting. The biggest film of ’99 was Star Wars Episode I: The Phantom Menace — enough said. The biggest grosser was Mission: Impossible II, which I’ve seen exactly once and will probably never see again.

So who are the Bing Crosby’s and Mervy LeRoy’s of today? Which actors and directors will mean absolutely nothing to film lovers in 2040 or 2050? Presuming there will be serious film lovers around 30 or 40 years hence is a big presumption, isn’t it? The fans of Michael Cera and Snooki and movies like Scott Pilgrim vs. The World will be in their 50s and 60s and running the show.