I did a phoner last week with Stone director John Curran. I’ll run it and a review in the final lead-up to the Toronto Film Festival — probably around 9.4 or 9.5, or the weekend before my departure. I wasn’t expecting all that much when I sat down, but Stone is an exceptionally brave and unusual film. I posted a too-long impressionistic piece that had to be taken down due to complaints from critics. I left a remnant in place but the bulk of it was gutted. 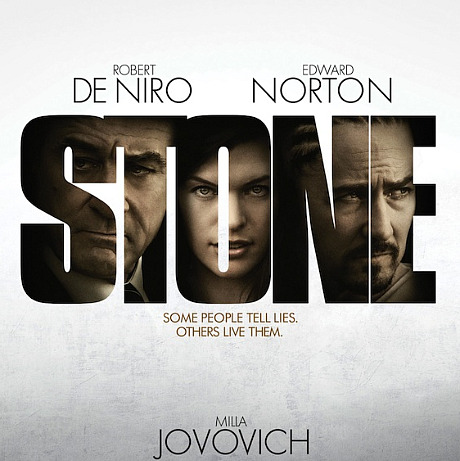 “The trailer for Stone (Overture, 10.8) makes it seem like a more-or-less conventional crime melodrama,” I wrote. “In the midst of evaluating an apparently psychopathic convict (Edward Norton) regarding an upcoming parole hearing, a retirement-age prison counselor (Robert De Niro) succumbs to sexual favors offered by the prisoner’s scheming wife (Milla Jovovich). We all know where this is likely to go. Exposure, revenge, moral ruin, chaos.

“Guess what? It goes somewhere else entirely. And I mean into a realm that, for me, is not far from the one that Robert Bresson mined in the ’50s and ’60s and early ’70s.”