In Contention‘s Kris Tapley and Indiewire‘s Anne Thompson have posted their first Oscar Talk of the season (although Tapley calls it Episode 29). Best & biggest summer flicks, the upcoming festivals, potential awards contenders, documentary feature race, etc. Thompson’s Tree of Life quips: (a) It “may not” come out this year, and (b) “It might be Sundance.” She also lowers expectations on Clint Eastwood‘s Hereafter. 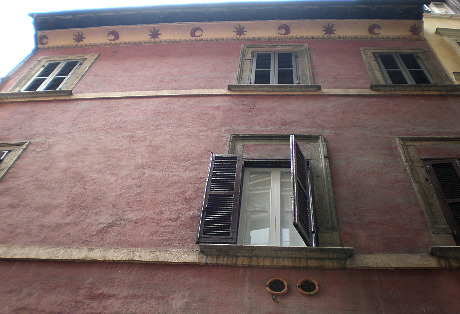 Thompson is leaving today for Italy and eventually the Venice Film Festival, which starts on Wednesday, September 1st. The early departure allows for a three-day stopover in Rome — her first visit. I’m envious, of course. I introduced Thompson to a Roman apartment-provider named Giuseppe Amorosi Golisciani. He’ll be renting her a very nice one-bedroom apartment in the ancient section for a mere 75 euros per night.