This morning I tried again to get a response from Lionsgate’s New York-based home video senior publicity exec Jodie Magid about how and why Amazon.com’s Apocalypse Now Bluray page lists “Eleanor Coppola‘s Hearts of Darkness” among the special features. The 1991 doc was co-directed by George Hickenlooper and Fax Bahr, which I explained yesterday in a piece called “Stunned.” “Surely the Amazon team posts whatever info is provided by the distributor,” I wrote Magid, “so it would seem that you and/or your office passed along this erroneous information.” 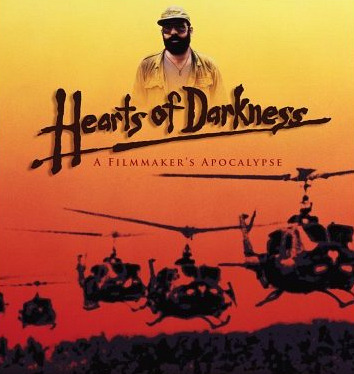 A few minutes ago Magid wrote me the following message: “All appropriate legal credits are included in the billing block of the packaging. Amazon is in the process of correcting their information.”

I wrote back with the following: “Thanks, but just to be double clear, by ‘appropriate’ legal credits you mean that the names of co-directors Hickenlooper and Bahr will be stated on the Bluray packaging?” Magid hasn’t responded to this as I post.

I’m also not satisfied by Magid’s 22-word response because she hasn’t addressed how the idea of Hearts of Darkness being “Eleanor Coppola’s” — an error that has been sitting on the aforementioned Amazon.com page for an undetermined amount of time — might have arisen in the first place. Somebody at Lionsgate or American Zoetrope must have sent this information along to begin with. Because the people at Amazon don’t make this stuff up as a rule.

An Apocalypse Now Bluray press release sent out by Magid’s office states the following: “INCLUDED ONLY ON THE FULL DISCLOSURE EDITION: Hearts of Darkness: A Filmmaker’s Apocalypse, including optional audio commentary with Eleanor and Francis Ford Coppola — first time in 1080P High Definition.” So at the very least Magid’s release didn’t inform that the co-directors of the doc are Hickenlooper and Bahr.

It’s not provable but I’m fairly persuaded that Francis and Eleanor Coppola allowed if not encouraged a misunderstanding about the true authorship and creation of Hearts of Darkness to be included in the Bluray publicity materials. In their heart of hearts I think they’d be more or less content to see the names “George Hickenlooper” and “Fax Bahr” expunged from the record entirely. 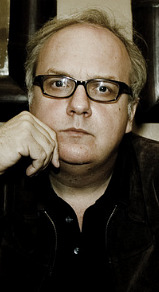 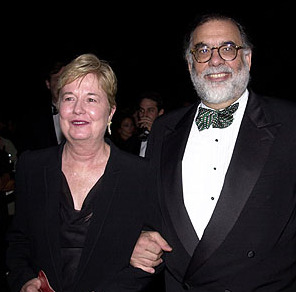 Hickenlooper wrote the following on HE yesterday: “I think the more appropriate way to look at it is that Hearts of Darkness is Eleanor Coppola’s story. It’s not her film. Hardly. It’s her story. But that’s because I decided to make it her story.

“At the time I told Steve Hewitt and my partner Fax Bahr. “Nobody cares about a making of movie, especially one that is 14 years old.” I argued that the film had to have an emotional component. At the time, no one was familiar with Eleanor’s diary ‘Notes.’ My father had purchased it for me on my 16th birthday. I devoured it up.

“When I got involved with HOD, I advocated using her diary as the narrative thread. I got incredible resistance from Showtime, and I got initial resistance from Eleanor. Not much, but some.

“Once I was able to convince everyone that the film would best be told through her narrative voice, it was then and only then it became HER STORY.

“Eleanor did shoot the footage in the Philippines back in 1976, but she only stepped twice into our cutting room on the back lot of Universal. Twice. For a total of eight hours.

“I was there for a year, 15-18 hours a day. So it’s not a film by Eleanor, but I guess it’s sexier from a marketing angle to make it look that way.”

Hickenlooper elaborated upon the Hearts of Darkness history in a 2007 interview with laist correspondent Josh Tate.

In a followup this morning he also informs that “the reality is that Fax Bahr hardly had anything to do with HOD. He was writing for the show In Living Color at the time. He spent a total of about three weeks out of the entire year in the editing room. Eleanor spent two days. It was me and the two editors for an entire year.”