David Koepp‘s Premium Rush, a bicycle-messenger movie starring Joseph Gordon-Levitt, Michael Shannon and Dania Ramirez, was shooting earlier today near the corner of Sixth Avenue and 28th Street. JGL, of course, is the main two-wheeled protagonist. The plot is driven by an envelope he picks up from Columbia University, which a dirty cop (Shannon) is anxious get his hands on. 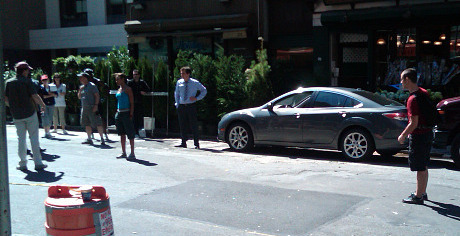 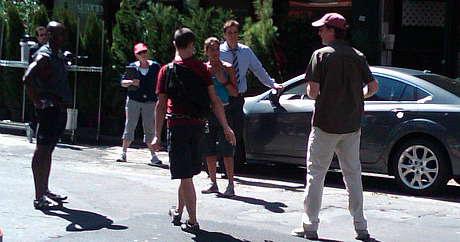 The Wiki page says Columbia will release Premium Rush on 1.13.12. Wait…16 and 1/2 months from now? Thanks to HE reader Eran Evron for sending the pics.