Sometime in October Taschen is putting out a limited-edition $700 coffee-table book called Steve Schapiro, Taxi Driver. The title suggests a pictorial essay about Schapiro’s adventures as a yellow-cabber. It’s actually a collection of shots about the making of Martin Scorsese ‘s Taxi Driver (’76), which Schapiro served as the unit photographer for. 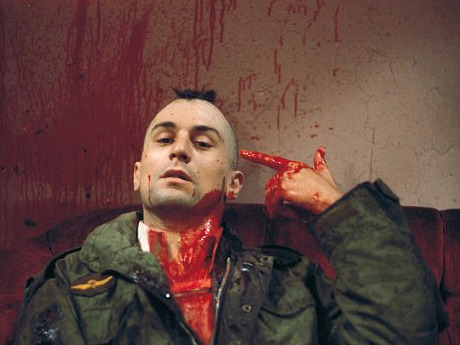 The only non-muted color shot I’ve ever seen of a blood-soaked Robert De Niro at the end of Martin Scorsese’s Taxi Driver.

The coolest shot by far on the website is the one of DeNiro’s Travis Bickle as he lies on the tenement couch at the end, mimicking a suicide shot into his left temple. As everyone presumably knows this image has never before been seen in full color due to Scorcese having toned down the blood to sepia brown in order to get an R rating.

Taxi Driver‘s Wiki page recalls that “in later interviews Scorsese commented that he was actually pleased by the color change and he considered it an improvement over the originally filmed scene, which has been lost. However, in the special edition DVD, Michael Chapman, the film’s cinematographer, regrets the decision and the fact that no print with the unmuted colors exists any more, as the originals had long-since deteriorated.” 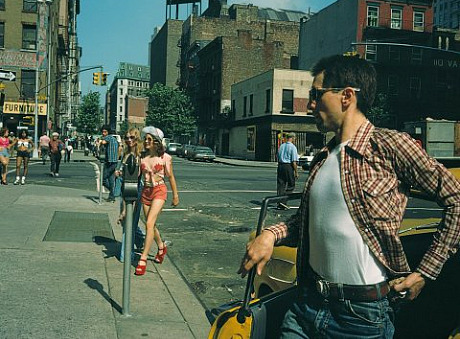 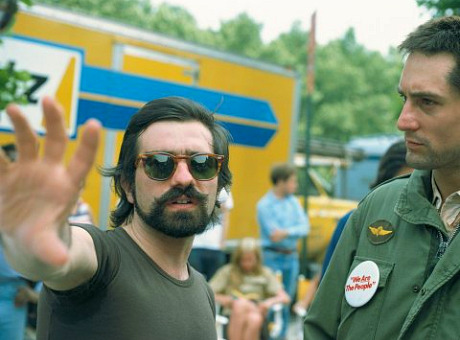 “The whole conviction of my life now rests upon the belief that loneliness, far from being a rare and curious phenomenon, is the central and inevitable fact of human existence.” — Thomas Wolfe, “God’s Lonely Man.”