The legendary Tony Curtis — the nervy, blunt-spoken Bronx street guy who had a great movie-star run from 1952 to 1968 or thereabouts — died of a heart attack last night about 9:25 Pacific. He was 85, and had lived a hell of a life — about 16 years at the top, and then a long active sunset that lasted 42 years.

Curtis was a decent painter, a raconteur, a legendary hound in his day (“I fucked Yvonne DeCarlo!) and an excellent fellow to hang and shoot the shit with.

In early ’00 I was Curtis’s temporary journalist “pal”. I liked him personally, knew all his good films, could recite a few of his memorable lines over they ears. I think the feeling was mutual. I wrote a good Reel.com piece about him called “Cat in a Bag” in March 2000.

Around the same time I arranged a meeting between Curtis and the staff of Falco Ink, so named as a tribute to Sydney Falco, Curtis’s legendary Sweet Smell of Success character. I once introduced him to my father, who gave him a book about Samuel Johnson. I once brought my mother and sons to a screening of Some Like It Hot at the American Cinematheque, and during his remarks to the crowd Curtis spotted me in the crowd and said, “Hi, Jeffrey.”

I told him once about my then 11 year-old son Jett wanting to dye his hair blue, and Curtis said, “Let him wear his hair blue…he’s a kid, so what? He’ll wear it blue and then he’ll move on to something else.” My ex-wife Maggie, who was voicing stern disapproval Jett about the hi, “You tell Tony Curtis to mind his own business!”

Here‘s an HE piece called “Curtis Burns On.”

“Tony Curtis’ Hollywood heyday is long gone,” I once wrote in my Reel.com column, “but there’s no mistaking the fact he’s always embodied a certain pugnacious cool [that’s] as palpable today as it was when Curtis was starting to come into his own as a serious actor, in the late 1950s.

“Bluntness, ambition, class resentment, latent anger — these are fires that have always burned within Curtis, the man.

“I had coffee with the 74-year-old actor in March 2000, and it seemed to me they were still there. Their manifestation in Sidney Falco, when these stored-in-the-gut feelings were riper and more intense, made for a perfect match — the sort of synchronicity that happens once in a blue Hollywood moon.”

The only negative feeling I have about Curtis is that quote he gave to Fox News guy Bill McCuddy in early ’06 dissing Brokeback Mountain. He said “he hadn’t yet seen Brokeback Mountain and had no intention of doing so,” and claimed that other Academy members in his peer group felt the same.

“‘This picture is not as important as we make it,” Curtis said. “It’s nothing unique. The only thing unique about it is they put it on the screen. And they make ’em [gay] cowboys.’ Howard Hughes and John Wayne wouldn’t like it.’ 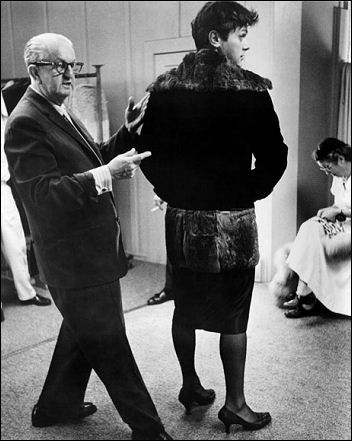 “Here’s the final stretch from my March 2000 Reel.com interview piece:

“We talked about everything — politics, drug-dependency (Curtis had difficulties in this area during the ’80s), Burt Lancaster, old Hollywood, his website (tonycurtis.com, a venue for selling his paintings), women, new technologies, etc. 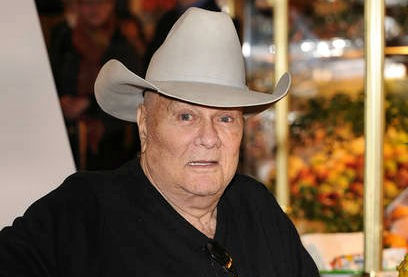 “Among his ‘notable TV guest appearances,’ Curtis checked only one — the voice role of ‘Stony Curtis’ in a 1965 episode of The Flintstones.