It’s been nearly 50 years since Marilyn Monroe was found dead in her bedroom in August 1962. I’ve personally visited that home on Brentwood’s Fifth Helena Drive seven or eight times (I took my mother there once), but there’s something bizarre about her brand continuing to generate books and movies and magazine articles (like Sam Kashner‘s in the current Vanity Fair), and making money for people still hungry for a piece. Memorials a decade or 20 years later, okay, but to be turning heads almost half a century later? 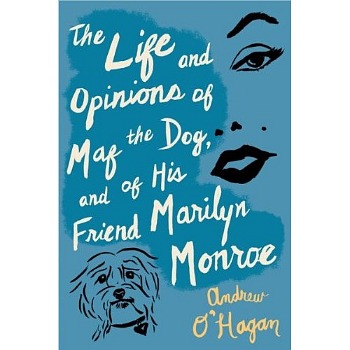 The sad metaphor of Monroe’s life — that of a “poet on a street corner trying to recite to a crowd pulling at her clothes,” as Arthur Miller once described her — has never stopped resonating among people of suppressed hurt who feel ignored, under-valued or marginalized. I get that. We all do.

Elton John and Bernie Taupin‘s “Candle in the Wind” was written twelve years after her death, and then the following year — 1975 — came Norman Mailer‘s ‘Marilyn‘, and even then the feeling was “okay, we’ve stirred her ghost and put her on the stage again and again…now let her be.” And yet the band is still parading around some 35 years later.

Maureen Dowd‘s current N.Y. Times column compares the attitude of Marilyn’s day, when intellectual uplift and spiritual growth was something everyone wanted and in fact needed in order to feel whole, to the tea-bagger Palin notion that people of intellect deserve our suspicion and mistrust and that political leaders need that good old Walmart touch.

But it also anecdotally reminds that there’s “a hit novel in Britain narrated by the Maltese terrier Frank Sinatra gave Monroe, which she named ‘Maf‘, for Mafia, and three movies in the works about her. Three? Naomi Watts is reportedly planning to star in a biopic based on the novel, ‘Blonde,’ by Joyce Carol Oates; Michelle Williams is shooting My Week With Marilyn, and another movie being planned is based on an account by Lionel Grandison, a former deputy Los Angeles coroner who claims he was forced to change the star’s death certificate to read suicide instead of murder.”

I’m not at all persuaded that both the Watts and Williams movies, which are being made in order to cash in the 50th anniversary of Monroe’s death, are destined to attract huge interest.