I’ve respectfully decided not to attend the Doha Tribeca Film Festival (10.26 to 10.30). I had announced my intention to cover in mid-August, but I gradually became convinced that it just wasn’t a fit. And that’s fine. I was extremely grateful for the respectful gesture of having been invited in the first place, and I’ve thanked everyone concerned and offered my best wishes. 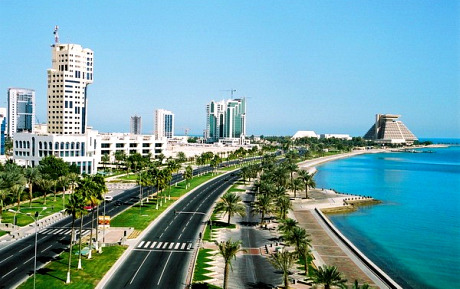 Why did I take a pass on a free trip to a prestigious Middle Eastern film festival, which would have included lodging in a lavish first-class hotel with all kinds of gratis perks (screenings, parties, food and drink) plus a first-time exposure to an exotic culture? Because the trip promised two day-long interruptions in Hollywood Elsewhere’s daily output within a seven-day period, and because the intriguing films being shown at Doha Tribeca didn’t seem quite worth all the tribulations.

I was told yesterday that the Qatar Airlines flight to Qatar (adjacent to Saudi Arabia, south of Kuwait) wouldn’t offer wifi, which meant I’d not only endure a grueling nonstop 13-hour imprisonment (the return trip is 14-plus hours) but would be unable to work on the column while doing so, and the idea of HE going dark for two days over a seven-day period just seemed nuts.

There’s also some doubt as to whether electrical outlets are available for business-class passengers (which is what I would have been), so that would have meant not even being able to write stuff in preparation for HE placement after the battery dies.

On top of which a friend who’s been there told me that Doha is no Abu Dhabi — it’s a very strict cultural environment. And so it’s kinda boring over there. He also said that the bar downstairs charges $15 for a glass of wine, and that visitors can’t buy bottled wine anywhere or even bring a bottle or two with them on the plane. (They confiscate at the airport.) And that the town outside the corporate ghetto that the festival takes place in isn’t all that interesting. 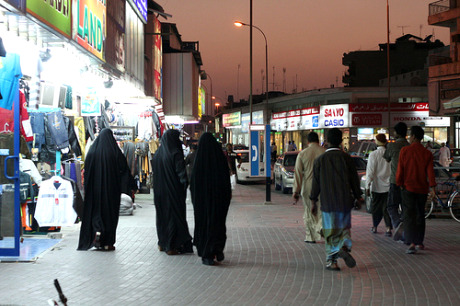 On top of which the Qatar authorities have been been obsessive about getting a scan of my passport before finalizing the trip. I intended to get that taken care of, but it’s a mild pain with the tons of other things I have to get to every day. In the interim I sent along a high-quality color photo of my passport (which is essentially the same thing as a scan — a digital capturing of a paper document), but I was told this wouldn’t do.

So sometime last month I began asking myself why I’m doing this trip in the first place. Two plane trips involving 13 to 14 hours of agonizing fuselage confinement (“the plane flight is a ballbuster…there really is no way around that,” says a friend) without wifi or electric power? All so I can spend five days in a Middle Eastern Las Vegas in which a glass of Pinot Grigio cost $15 dollars, and with no top-headline, high-throttle films being shown?

“I don’t want to irritate Geoff Gilmore or Jane Rosenthal,” I confided to a friend, “but I’m starting to think to myself that if I could politely and diplomatically get out of this, it might not be a bad thing.” Now that I’ve done this and said thanks and extended best wishes, I feel better.

Again, I hope the Doha Tribeca Film Festival is a success this year, and for many years to come. If and when the Qatar Airlines wifi situation opens up down the road I’d be delighted to attend. And thanks again to the good Rubenstein p.r. people who facilitated .