My second viewing of Doug Liman‘s Fair Game (Summit, 11.5) convinced me all the more that it’s one of the best made adult-level political thrillers of this century. Really. Liman’s chops are Pakula-plus. The shooting, pacing and cutting are as good as this sort of thing gets. And like I said during the Cannes Film Festival, there’s immense comfort and satisfaction for guys like myself in any smart, well-jiggered film that eviscerates rightie scum. 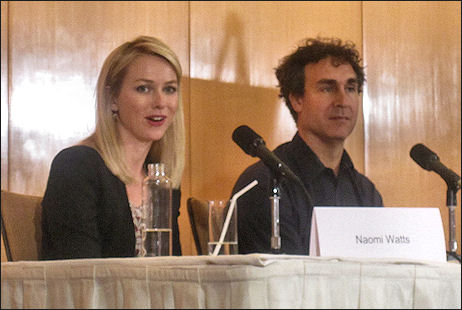 Fair Game “is a stirring, suspenseful and immensely satisfying adult drama, brilliantly directed and written and acted, especially in the latter case by Sean Penn and Naomi Watts,” I said last May.

“I’ve been hoping to like it all along, but the complexity and intelligence brought to bear upon the story of Joseph Wilson and Valerie Plame vs. the Bush administration — a tale of courage, cowardice, betrayal and bureaucratic denial all wrapped up into one — still came as a surprise.

“I really and truly wasn’t expecting it to be quite this deft and assured. It seems to me like a revival of the spirit of the paranoid Alan Pukula of the ’70s with governmental-spook flavorings that harken back to Costa-Gavras and John LeCarre (or, more particularly, the British TV adaptation of Smiley’s People).”