So what about AMPAS concerns that the Oscar Awards have been usurped and/or happen too late in the game, and everyone’s complaint that all the year’s best films are always back-loaded into the last three or four months of the year. I just thought of an idea that could not only solve this situation but turn the whole situation into a win-win. 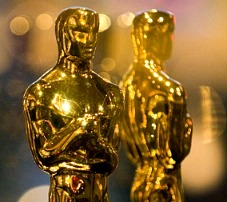 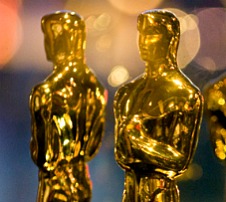 Have two Oscar awards shows every year — a Phase One Oscar telecast in early to mid October, say, that would honor films released from January 1st through August 31st (that’s right — an eight-month period), and a Phase Two Oscar telecast in late February covering the 9.1 to 12.31 period.

Sounds too expensive and laborious, right? As Robert De Niro‘s Jake LaMotta would say, “That’s in your mind.” Because at least this idea would spur distributors to release better films during the first eight months, and once the public got used to the idea of the Oscars being a twice-yearly thing, the Oscar brand would be supremely recognized as the definitive awards show above all the others. The Oscars would no longer be the last guys to dress up and hand out awards — they would be the first and the last.

Okay, don’t spend quite as much money on the Phase One Oscars. Stage them at the Santa Monica Civic auditorium or someplace that’s almost as cool as the Kodak theatre but not quite. And then just for extra hoopla emphasis, sometime during the Phase Two Oscar telecast bring out all the winners of the Phase One Oscars and have them take a bow.