The Dark Knight Rises, the just-announced title of Chris Nolan‘s next Batman film, really sucks eggs. It’s almost as if Nolan is trying to subliminally make fun of himself and the film by saying “here’s the lamest dorkiest title I could think of.” 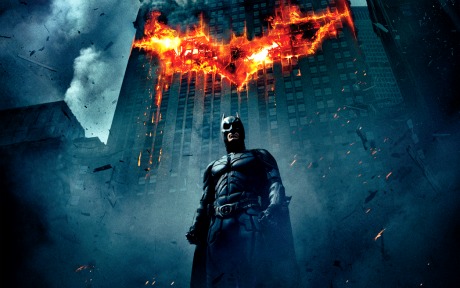 Plus the new film will have no Riddler. Instead the apparent intention is for the villain to be played by Tom Hardy.

WB Marketing Exec #1: “We have to give it a title that immediately clicks with the fans of The Dark Knight. No Batman 3 titles. It has to say ‘same thing only newer and without Heath Ledger‘!”

Marketing Exec #2: “How about The Dark Knight, Only Newer and with a Different Villain?

WB Marketing Exec #1: “Are you gonna stop fucking around?”

Honestly? If I was Nolan, I would call it The Dark Knight Gets and Maintains an Action Erection. That has a certain ring to it, no?