Lawrence on the Line

About three hours ago I spent a few minutes talking with Jennifer Lawrence, whom everyone is more or less assuming will be one of the five Best Actress nominees for her performance in Winter’s Bone. She was in Los Angeles for whatever reason, although her primary activity right now is playing Raven Darkholme / Mystique in Matthew Vaughn‘s X-Men: First Class, an origins prequel set in the 1960s. The pic wraps in December and will open next June. 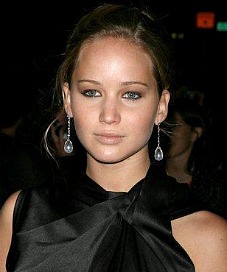 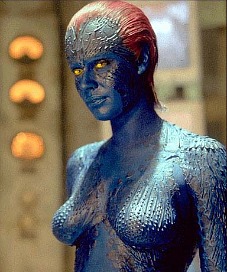 We didn’t speak much about Winter’s Bone; I just told her what I think is almost certain going to happen with the nominations, and she said “thank you.”

She’s living in a place in London’s Notting Hill distrtict, and that her X-Men commute is mostly a drive to Pinewood Studios. We spoke about how lethal London cab drivers can be. We talked briefly about Mark Tonderai‘s House at the End of the Street, which is kind of Psycho-ish, she said. I tried to talk a bit about The Beaver, which she has a costarring role in, but I’m sure she’s been told to stay away from that subject — she certainly didn’t say much.

Only 10% of her screen time will be as Mystique, she said. It takes X-Men: First Class makeup artists about six hours to transform her into Mystique with the blue skins and the scales, she added. (She has a nickname for the process or the makeup or whatever — “Mystink.”) I asked if official photos have been taken, and she said the idea was to keep her appearance under wraps until just before the film’s release. I said if the world has to wait until next summer for a shot, fine, but if an un-approved shot makes it onto the web I won’t be sorry.