"Unknown Even To Them"

A 10.25 New Yorker “Back Issues” piece by Jon Michaud about critics of ’60s rock music is written so concisely and with such comfort that I just have to paste the whole thing: 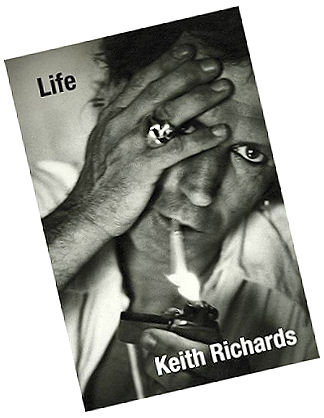 “In his review of Keith Richards‘ memoir in this week’s issue, David Remnick quotes the following passage from the book, in which Richards recalls the irrepressible force of youthful adulation:

“‘The power of the teenage females of thirteen, fourteen, fifteen, when they’re in a gang, has never left me. They nearly killed me. I was never more in fear for my life than I was from teenage girls. The ones that choked me, tore me to shreds, if you got caught in a frenzied crowd of them — it’s hard to express how frightening they could be. You’d rather be in a trench fighting the enemy than be faced with this unstoppable, killer wave of lust and desire, or whatever it is — it’s unknown even to them.

“This echoes something our first rock critic, Ellen Willis, wrote in a 1969 review of the Rolling Stones’ Beggars Banquet and The Beatles’ White Album:

“It’s my theory that rock and roll happens between fans and stars, rather than between listeners and musicians — that you have to be a screaming teenager, at least in your heart, to know what’s going on.

“Willis goes on to say that though she never identified emotionally with Elvis, she learned to appreciate the Stones: ‘I became a true Stones fan — i.e., an inward screamer — and I’ve been one ever since.’

“The review is instructive for those of us who have trouble remembering a time when the Stones’ songs weren’t being licensed by Microsoft, Anheuser-Busch, and E*Trade, a time when the band had been together less than a decade. Willis found Beggars Banquet to be ‘something of an anticlimax,’ though she argues that the album’s best song, Street Fighting Man, is ‘infinitely more intelligent’ than the Beatles’ Revolution. (Willis also wrote about the Stones in 1972, 1974, and 1975.)

“More recently — in 2000 — John Seabrook published a Talk story about cover versions of the Stones anthem (I Can’t Get No) Satisfaction by Britney Spears and Cat Power. In the story, he relates how Richards came up with the song’s immortal riff:

“The origins of Satisfaction are appropriately Romantic — it is the ‘Kubla Khan’ of pop tunes. According to one legend about the song, in 1965 Keith Richards, the Stones’ lead guitarist, woke up in the middle of the night in a hotel room in Florida with the song’s famous riff — dunt dunt, da-da-dahh — ringing in his head. Richards, who was in the habit of keeping a tape recorder beside his bed to capture such moments, grabbed a guitar and taped the riff, then fell asleep again, leaving the machine running.

“‘In the morning, he forgot about the incident, and later, listening to the tape, he thought it was blank and was about to record over it when he stumbled on the riff and quickly figured out the rest of the song.'”

Seabrook notes that in her cover of the song, Spears changes the ‘how white my shirts can be’ line to ‘how tight my skirts should be.’ The Stones themselves have taken such liberties with their own lyrics. In a 1995 Talk story, Hendrik Hertzberg described how they adjusted the words to their song “The Spider and the Fly” for an album of acoustic reinterpretations of their classics:

“The Spider and the Fly tells the story of a touring rock and roller getting picked up by a slightly used female fan in a bar after a show. Fans will recall one of the original song’s growly couplets:

“She was common, flirty, she looked about thirty…she said she liked the way I held the microphone.”

This, more or less, is how the lyric is rendered on the liner notes of the new album, too. But obsessive listening to the record itself reveals a sly alteration:

“‘She was shifty, nifty, she looked about fifty…she said she liked the way I held the microphone.’

“And, no doubt, she was also much less frightening than a gang of teen-age girls.”