SPOILER-FREE: I’m sorry if I sound overly effusive these days, but David O. Russell‘s The Fighter is a real wow — a robust and feisty drama about a tough climb to a championship and success by the real-life, now-retired welterweight boxer Mickey Ward (Mark Wahlberg), and about his no b.s., slightly zaftig girlfriend (Amy Adams) and his drug-addicted, serious-jerkoff older brother (Christian Bale). I could put it all kinds of ways but the simple fact is that The Fighter is alive, really alive.

It’s a rugged little blue-collar thing that (I know this sounds like a cliche) pulses with grit and real feeling and emotional immediacy. It’s loose and crafty with a hurried, shot-on-the-fly quality. Which makes it feel appropriately “small” and local-feeling. To watch it is to be in it.

Hollywood has made good films about Massachusetts blue-collar people, but for me they felt “acted” (like The Town and, no offense, The Departed). But Russell and Wahlberg, shooting almost entirely in Lowell on a fast 33-day schedule, have made some kind of real-deal thing here. And the cinematography by Hoyte van Hoytema (Let The Right One In) is brilliant — it feels close and true as it bobs and weaves and circles like a boxer And the soundtrack is full of great music, ’60s and ’70s pop tracks and lots of newer-sounding, heavy-percussion stuff, and it all just seems perfect for the task at hand. In this sense The Fighter is almost like Hal Ashby‘s Coming Home with one right-sounding cut after another playing like a juke box in a diner.

Ten minutes into last night’s screening and I was saying, “Wait…this is good…this is good…this feels right.” The acting is great from every player, especially from Bale (he’s got the big showy part) but also Wahlberg, Adams (who’s finally gotten rid off that goody two-shoes thing she’s been saddled with from her performances in Junebug and Enchanted) and fierce Melissa Leo as the headstrong mother of Walhlberg, Bale and five or six of the gruntiest-looking family of blue-collar sisters you’ve ever seen in your life, let alone a film — they all look like they’ve been eating chili dogs and McDonald’s fries and knocking back shots of Jack Daniels since they were ten. And George Ward and several others are also on it. They all say what they mean and mean what they say, dammit. Nobody’s playin’ fuckin’ games here.

I know I seem to be having kittens over every other film I see these days, but distributors always hold the good stuff back until the end of the year and then wham…a deluge. So it’s almost been one enthusiasm binge after another, and I’ve been thinking it might be fun to dislike or even hate something again, or at least be slightly bored with it. Because it’s very tiring and repetitive to express love and admiration all the time. It can certainly feel that way.

This was my train of thought as I sat down last night to watch The Fighter. I’d read all the exciting notices from Tuesday night’s AFIFest screening in Los Angeles, of course, but I was still ready to possibly go in the direction of Variety‘s Peter Debruge and say “not bad here and there but basically naaah.” Or to parrot Indiewire‘s Anne Thompson when she said that “if all goes right for The Fighter (i.e., reviews/box office/critics and guild prizes), it’s possible” it could become one of the ten Best Picture nominees.

Thompson meant that the film faces political hurdles due to Russell’s shouter rep, but the word “possible” sounded unenthusiastic in a general sense. People would certainly look at her very oddly if she were to write that The Social Network or The King’s Speech are “possible” contenders, after all. She knows what she’s saying.

Well, let me explain something. The Fighter is not a “possible” Best Picture nominee. It’s a lock for it, and if this doesn’t happen something is really and emphatically wrong with the Academy membership because I swear this movie has the same tone of authenticity that On The Waterfront did when it first came out in ’54. Or more so, now that I think of it.

You know you’re seeing performances and a story worked on by several screenwriters and all that, but it feels as honest and as true as this sort of thing can be. Wahlberg has been trying to get this film made for four-plus years, but it feels as if came out in one big rush, and credit for that tone and that atmosphere obviously goes to Russell.

And Debruge, who has called The Fighter “confused” and “kind of a mess” is, no offense…oh, I don’t know what his particular blockage may or may not be but all I can say is that none are so blind as those who will not see. He just can’t get it for whatever reason and that’s fine, but eff him besides. I really couldn’t understand how a movie about a boxer could possibly add something to the table that I hadn’t seen before in 20 or 30 other boxing movies, but The Fighter‘s focus on family feuds and crack addiction and delusion and the necessity of facing brutal truths and looking people you love in the eye and telling them they’re history unless they clean up their act…this is what real families do, and why this movie feels like it’s doing it plain and straight every step of the way.

SPOILER-FREE: Awards Daily‘s Sasha Stone has completely creamed and melted and gone purry like a cat over Darren Aronofsky‘s Black Swan and Natalie Portman‘s lead performance. Plus she thinks it won’t have a problem with women voters any more than it will with men voters. “If it’s too extreme for them they won’t vote for it,” she writes, “but what a great fucking movie.” 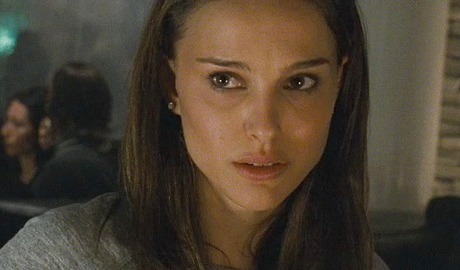 I’d like to buy Nicolas Cage in a historical context, but I can’t. He can only portray present-day wackazoids. I realize that Cage has been making films hand over fist in order to pull himself out of a financial abyss, but there needs to be limits. The second I saw Ron Perlman , I went, “Okay, I know what this thing is.” 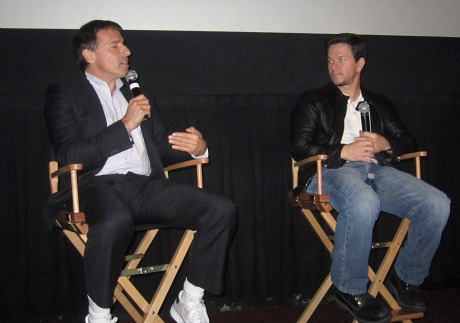 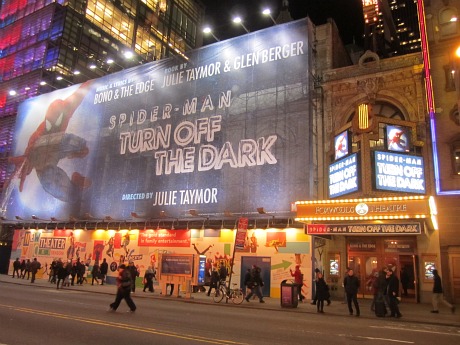 The saddest, costliest, most ambitious, most profoundly disorganized, most accident-prone and most-behind-schedule and in-the-red B’way show in a long, long time. And it won’t open for a while yet. 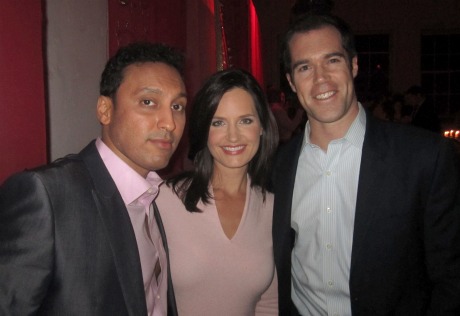 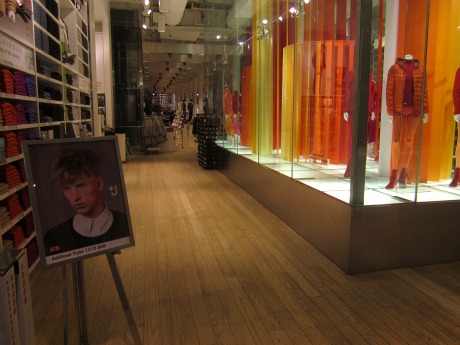 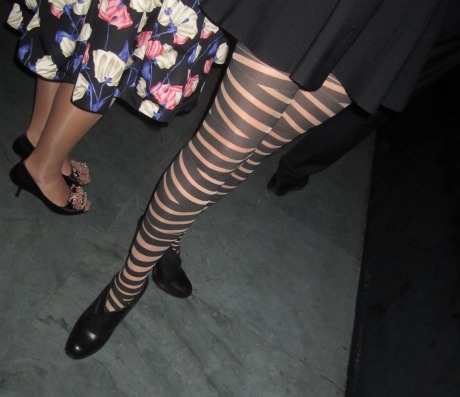 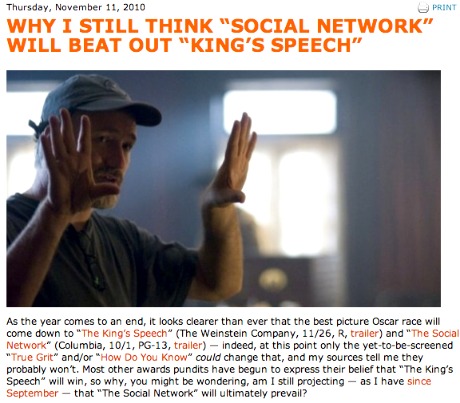 Does Battle: Los Angeles look good? Yeah. What’s my level of interest in seeing it on a scale of one to ten? About a seven, if that.

Battle: Los Angeles costars Aaron Eckhart, Michelle Rodriguez, Bridget Moynahan, Michael Pena, etc. I’ll get around to listing the others down the line. It would appear that 34 year-old director Jonathan Liebesman (The Texas Chainsaw Massacre: The Beginning is a very ambitious Spielberg-Abrams-Kosinky-Cameron wannabe eager-beaver tech-head….just what the corporations are looking for!