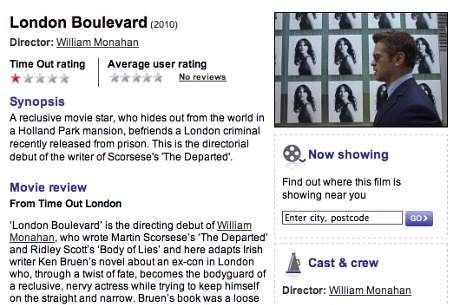 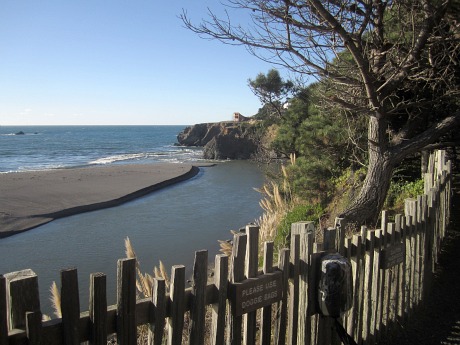 Coast of Gualala, California — about three hours north of San Francisco, an hour south of Medicoino. Thanksgiving is happening at a home in Sea Ranch, just south of here. 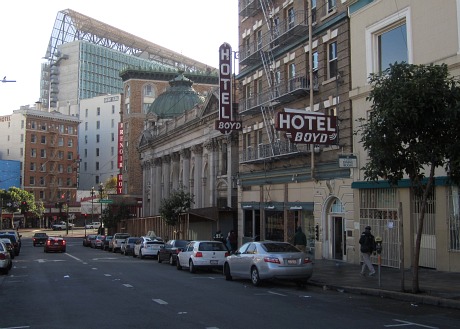 San Francisco’s Boyd Hotel is basically a flophouse for bums. 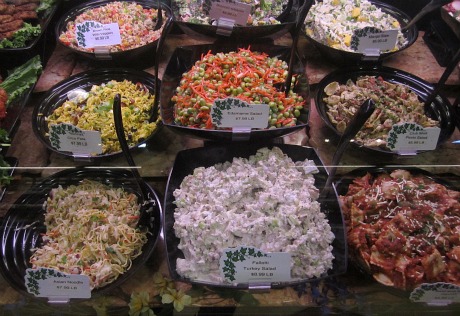 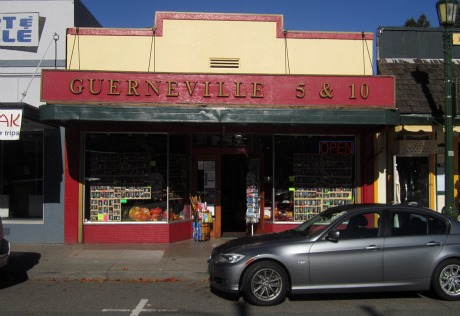 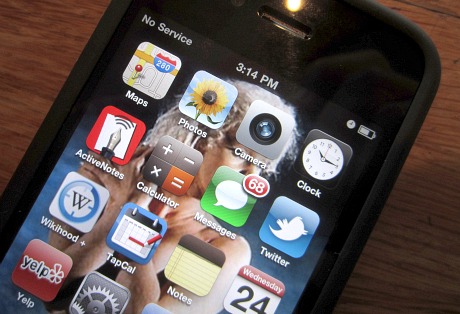 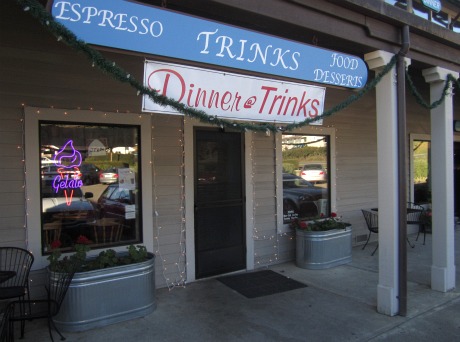 Trinks Cafe, one of the only friendly places in Gualala that offers wifi to average Joes.
November 24, 2010 2:58 pmby Jeffrey Wells
36 Comments
Walk On

I regret to say that having finally seen Peter Weir‘s The Way Back, I now understand why it took so long to find a distributor. It’s a high-level outdoor survival drama in a long, gloomy, sloggy vein. It has a rote and rudimentary quality that, for me, places it apart from everything in the Weir canon. The man who made it knew what he was doing, but it was a bad idea or a bum steer or something.

It’s not in the realm of Gallipoli or Picnic at Hanging Rock or Master and Commander or The Mosquito Coast, even. It’s better than Green Card or The Truman Show, but that’s not saying much. I can at least say it’s not painful to sit through. Because it isn’t.

It’s about what people can do when they have no choice but to suck it in and go the extra 4000 miles in order to live. The slogan that wasn’t used is “These raggedy men wanted desperately to survive…and they did!” And it’s very well acted and convincingly brutal and handsomely framed. It’s watchable and absorbing for what it is.

The Way Back is about six or seven guys who escape from a Soviet Siberian gulag in the early 1940s and hike between 4000 to 5000 kilometers to freedom — across Siberia and Mongolia (including a vast desert), then across the Himalayas and into India. The escapees are played by Jim Sturgess, Ed Harris, Colin Farrell, Gustaf Skarsgard, Alexandru Potocean and Sebastian Urzendowsky. And along they way they hook up with Saoirse Ronan. (Thank goodness nobody tries anything with her.) And the elements are brutal. No one catches a break.

A title card tells us from the get-go that only three finally made it to India so right away you’re asking yourself, “Okay, which ones are the weak sisters who are going to crap out along the way?”

I’m not persuaded that Weir’s story was all that rich or interesting to begin with. It’s essentially a film about endurance and surviving the elements and blah-dee-blah. It’s about cold and hunger and baking heat and swollen feet and snow and wolves and aching joints and beards and dampness and a big lake and a cave.

A critic friend said that film “seems to last almost as long as the actual trek did.” I don’t feel that way. The Way Back is not a boring film. It is, however, a “why did they make this film again?” film. It seems as if Weir was just able to get it done and not much else. He and his team deserve approval for having made the effort, but I don’t know how anyone can see this thing and then do cartwheels in the lobby. It’s just okay, and at times a bit tedious. I didn’t mean that. I meant trying.

In Contention‘s Kris Tapley feels differently. Or did, at least, when he saw The Way Back in Telluride.

Work stopped yesterday afternoon. That’s why I left New York City yesterday morning, before the deluge. Anyone flying anywhere today or tonight is asking for it. CNN just showed a motion map of all the flights happening today. Hundreds (thousands?) of flying blue dots. Forget it. And for what? In-laws and room-temperature gravy and yams and sweet potatoes and lots of TV watching, and mostly football. Bah, humbug.

If only Drew McWeeny was around to show me how to find joy in all this.

I’ll be watching mostly Academy screeners and a couple of films from the Elia Kazan box set, particularly Letter to Elia, which I saw initially during the N.Y. Film Festival.

“Letter to Elia, on the other hand, is a delicate and beautiful little poem. It’s a personal tribute to a director who made four films — On The Waterfront, East of Eden, Wild River and America America — that went right into Scorsese’s young bloodstream and swirled around inside for decades after. Scorcese came to regard Kazan as a father figure, he says in the doc. And after watching you understand why.

“Letter to Elia is a deeply touching film because it’s so close to the emotional bone. The sections that take you through the extra-affecting portions of Waterfront and Eden got me and held me like a great sermon. It’s like a church service, this film. It’s pure religion.

“More than a few Kazan-haters (i.e., those who couldn’t forgive the director for confirming names to HUAC in 1952) were scratching their heads when Scorsese decided to present Kazan’s special lifetime achievement Oscar in 1999. Letter to Elia full explains why, and what Scorsese has felt about the legendary Kazan for the last 55, going-on-60 years.”

Sure, pat-downs are invasive and sometimes angering. Obviously. We knew people would probably respond as they have. And that agent should have let that woman keep her nipple rings. But get used to it. Whine all you want — we’re doing this. We have two choices, as we see it. One, the TSA eases up and some Islamic wacko slips through and something happens and the TSA gets roasted by the media and the top guy gets fired. Or two, bureaucratic molestations continue and flyers seethe and maybe the wacko doesn’t slip through. We have the power, you don’t, sorry but this is the world we live in, unbutton your pants.

I’ve now seen Black Swan three times. Once at the Toronto Film Festival; twice via the Fox Searchlight screener. It doesn’t get old. I could watch it another couple of times, easy. I could barely get through one viewing of Never Let Me Go or, for that matter, Bruno. And it’s wonderful, finally, to be able to hear each and every line of dialogue. Because the sound renderings on my 42″ Panasonic plasma have Toronto’s Scotiabank plex beat all to hell.