With a recent report suggesting that Jodie Foster‘s The Beaver might be released straight to DVD (or not), Digital Spy‘s Simon Reynolds wrote early this morning that the Mel Gibson comedy (which reportedly will end in a way that’s strikingly similar to 127 Hours) will open in England on February 11th. 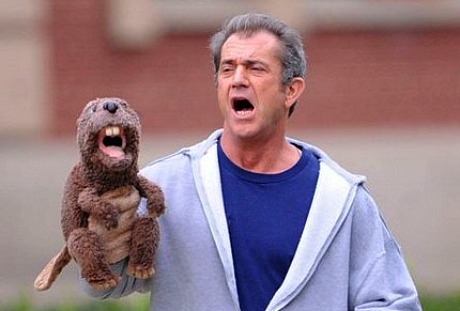 Which means that long-lead British critics will get to see it in screenings in late December, or certainly in early January. Which means that In Contention‘s Guy Lodge will have a jump on U.S. critics, for sure, unless Summit lets U.S. critics see it concurrently….not likely!

E! Online says that The Beaver, starring Mel Gibson in the lead role and Foster as his wife, has run into a series of problems, including distributor Summit failing to set a release date for the movie.

A source said: “It’s going straight to DVD. I heard it from Jodie.”

However, an insider at Summit reportedly insisted that the company is still planning a feature film release, which is likely to happen in 2011.

Gibson, who has recently faced speculation about his private life, last month had a cameo in next year’s Hangover 2 axed after protests amongst the rest of the film’s staff.