Two days ago I attended a luncheon for Sony Classics’ Made in Dagenham, the English-produced drama about a historic female Ford workers’ strike for equal pay in the late ’60s. It happened at Rouge Tomate on East 60th, and was sponsored (or “hosted”) by Revive and Laura Mercier. Dagenham star Sally Hawkins, costar Miranda Richardson, director Nigel Cole and producer Elizabeth Karlsen attended. 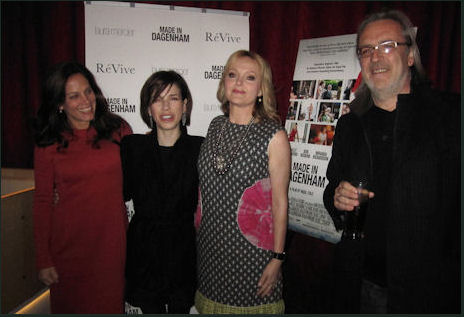 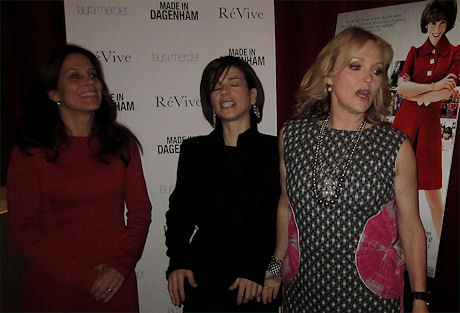 As I’ve written before, Made in Dagenham is a well-made, straightforward inspirational drama (female solidarity, facing down chauvinism, labor politics) as far as it goes. If people want to give it a Best Picture nomination in the name of tokenism (i.e., one for women in the same way that a Blue Valentine nomination would be one for the hand-to-mouth indies), fine. I happen to feel that Rosamund Pike, in a smallish supporting role, gives the best performance. That’s not to dismiss Hawkins or Richardson, but Pike has one of those scenes that just sinks right in.