The big surprise in Laura Israel‘s Windfall, a doc that I saw just before the Toronto Film Festival, is that wind-turbines, the “green” energy source that everyone is in favor of, are oppressors — bringers of discomfort and anguish and headaches and lawsuits. They’re 400 feet tall these days and weigh hundreds of tons and look like huge white Martian invaders out of Spielberg’s War of the Worlds, and they have a proven history of making the lives of people who live near them miserable. 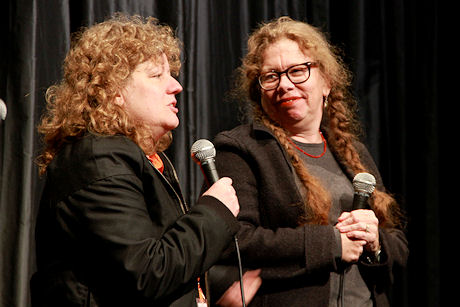 Last night, I’m told, the film played to a sold-out house at the IFC Center. During the q & a Israel and cartoonist Lynda Barry discussed the ravaging and plundering of economically hard-up communiities by the wind turbine industry.

Barry is writing a book about how wind turbines invaded the small burgh where she lives in Wisconsin. She’s already interviewed more than 20 families and has done some initial drawings that have appeared on her website. She also runs the anti-wind turbine development website below.