The Next Three Days

I learned three things from attending last night’s Manhattan premiere of Paul Haggis‘s The Next Three Days (Lionsgate, 11.19). One, it’s a well-assembled thriller about the brutal trauma that comes from crossing over into lawlessness. Two, Brian Dennehy, who portrays Russell Crowe‘s father, delivers the most moving scene in the film, and with only one word: “Goodbye.” And three, someone or something has persuaded Crowe that I’m okay. We’ve never conversed, but he called out my name and offered his hand as he left the after-party at the Plaza’s Oak Bar. 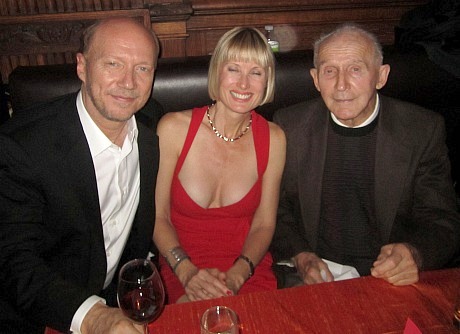 The authorities are quite intimidating in this thing. Over and over the story says, “If you’ve done something and maybe even if you haven’t, the cops are motivated and fierce and omnipotent, and they will find you and cuff you.” I was disappointed that Liam Neeson is onl in one scene. I would have preferred to see Neeson partnering with Crowe in order help spring Elizabeth Banks from prison instead of Crowe going it alone. There’s a glaring WTF moment in the third act involving something that Banks does during a crucial action moment, but this, for me, was the only significant speed-bump.