I think I’ve earned a certain authority in detecting whether an Oscar-worthy actor or actress is playing the pain-in-the-ass Mo’Nique game, and I don’t think Christian Bale is doing that at all. He’s not saying “what kind of money can I make out of this?” He’s not saying “I ain’t doin’ this or that unless I see some cash on the table.” And he’s not walking down red carpets with yak hair on his exposed thighs. 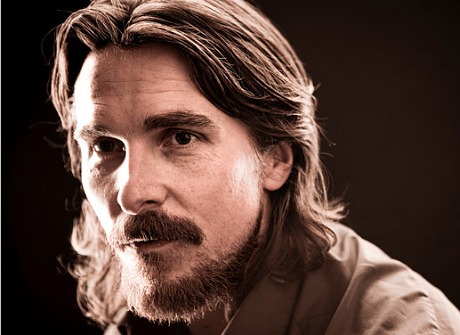 Bale simply can’t stand probing questions about who or what he is. He’s basically saying he wants his privacy and his dignity, and all that makes him is George C. Scott with a little Greta Garbo thrown in. Which is totally cool in my book.

On top of which Bale has told N.Y. Times guy Dennis Lim that “I love it when people say you did good work…it makes me all happy and shiny…I’m human.” And then he adds, “I’ll campaign for the movie, but I won’t campaign for myself.” What’s wrong with that?

“Mr. Bale’s views on artistic privacy are related to his faith, perhaps a naive one, that an anonymous actor is a more credible shape shifter,” Lim writes, “‘I like the idea of movies having a magic element,’ he said. ‘How many times have you seen an actor in a movie who you know only as the character? It’s wonderful, isn’t it?’

“To the extent that Mr. Bale can approximate a blank slate in his films, he said, it is because he is an actor, not a movie star. He guards his personal life — he and his wife of 10 years, Sibi Blazic, have a 5-year-old daughter — and save for the Terminator blow-up and allegations of verbal assault on his mother and sister in 2008 (the charges were dropped), he has not gotten much tabloid attention.

“A movie star is someone people look at and go, ‘I want to be like that person,’ ” Bale tells Lim. “There’s the responsibility of desire. It’s not something I’m interested in trying. I would fail miserably at it, so why even bother?”