Myself and a group of six or seven sat down with Marrekech Film Festival jury chief John Malkovich late this afternoon at La Mamounia Hotel, which has to be the swankiest and most super-deluxe hotel in all of Marrakech. Malkovich seems so cool, so Zen, so quietly thoughtful. There’s no sense of urgency in the man — everything about him is measured and settled. Is he pretending, hiding? Not so you’d notice. 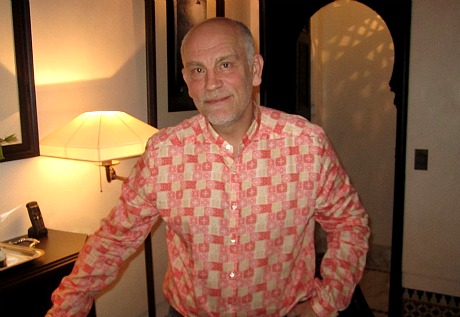 He pulled out a Marlboro Light, tore off the filter, delayed as he talked a bit, and then lit it. (Marrakech has no indoor smoking bans.) And Malkovich, let me tell you, knows how to smoke with elegance and style, like Robert Mitchum in Out of the Past.

He mentioned his fashion line, technobohemian, which is available in a few stores in Europe and a few in the States. The New York outlet is Blue Tree (1283 Madison Ave), and the Los Angeles outlet is Church (7277 Santa Monica Blvd.).

I asked if the deflated indie-film economy has led to actors such as himself doing more paycheck roles vs. roles in quality fare, and Malkovich just shrugged out an answer that seemed honest and matter-of-fact and…whatever, that’s how I play baseball. Listen to the

WMA file to hear it. (I tried converting to mp3 but something wasn’t working.)

It was gently sprinkling as I waited for the interview to start. Hundreds of tiny droplets on the perfect blue pool water. The rosey terra cotta walls and dark gray clouds went well together. And then the rain stopped. 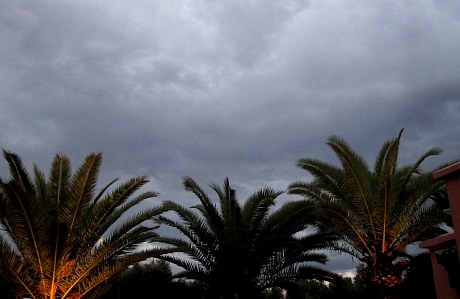 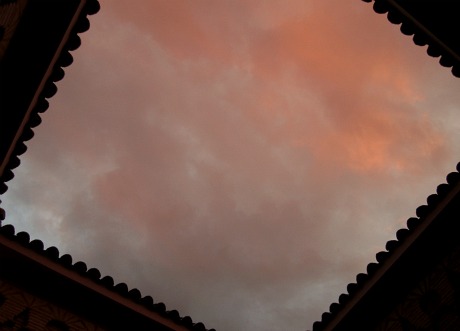 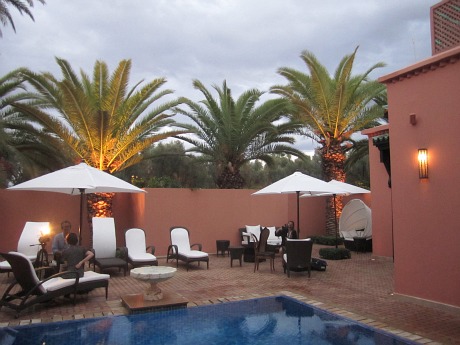