In a 2.10 Marie Claire interview with The Fighter‘s Melissa Leo, Thelma Adams has gone right to the big topic at hand. 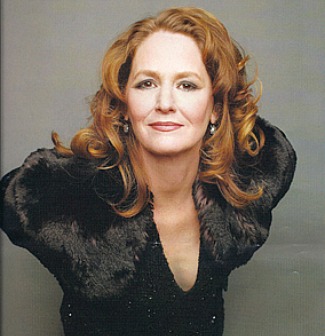 Adams: “It seems that the big criticism has been that you’re the frontrunner behaving like the underdog.”

Leo: “Whatever my position might have been as we came in closer to the date with some wins in my pocket, I was not being told frontrunner. I could just feel in my heart this opportunity that has so vastly eluded me. I spent a month-and-a-half flying back and forth from the set of HBO’s Treme in New Orleans to L.A. to ‘pimp myself out’ like we all are doing this time of year.”

Adams: “So, what made you finally pull the trigger on this ad campaign?”

Leo: “I had deadlines to meet. In Sundance, we wondered: Should we put the ad in or not? Sure, it would just be fun, let’s jump and shout, because all I was going to say was ‘Consider.’ Here I am. Recognize me as this. It’s all okay.”

Leo: “The people I talk to know that I’m barely getting through each day. I don’t know if I would have thought of it alone, and nobody was saying to me that I was a frontrunner. There is something very disconnected about all of it because absolutely none of it is me. I’m known as an actor that people don’t recognize and as the characters that I play.”