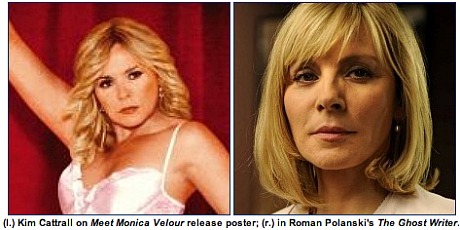 (1) In the just-released poster, Cattrall doesn’t look like herself. To me she looks like a somewhat older nondescript hottie with an opaque expression. This apparently isn’t the case in the film itself, but why present Cattrall so she looks like an impersonator or wannabe or a tranny?

(2) In the slack, one-note trailer, Ingram is shown gaping at Cattrall as she does a lazy striptease inside an Indiana “gentleman’s club.” This awestruck, open-mouthed expression was used, of course, by scores of young actors in scores of tits ‘n’ zits comedies released from the early to late ’80s. The entire film, one presumes, is contained in this one dumb-assed image — stunned, worshipping, horndoggy, innocent, etc. 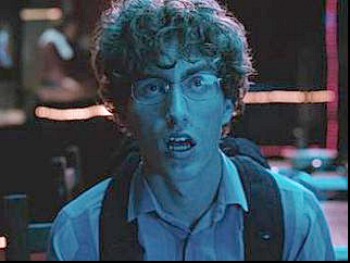 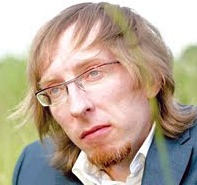 (5) Bearden said that before making the film, “My big concern was, ‘She’s way too good looking!’ I was like, ‘You need to gain weight, and the goal is to blow people’s image of you into tiny little pieces. I’m going to make you look bad at every turn.'” I wouldn’t expect Cattrall to look like her Sex and the City self. Her character is supposed to be down at the heels, etc. But why would I want to see a film in which the director has tried to make her look “bad”? Isn’t a 49 year-old single mom trying to survive in the strip-club world demeaning enough? 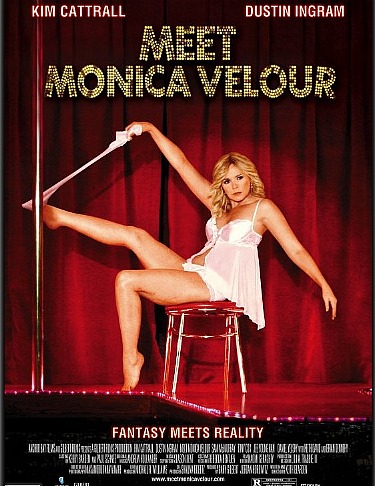