"We Don't Tell Stories Any More"

David know-it-all Poland‘s diss of Mark Harris‘s GQ article called “The Day The Movies Died” is BOOOR-ing! Harris is obviously coming from a non-Pollyanic, half-empty-rather-than-half-full perspective, but he’s not blowing confetti out of his ass when he talks about “how stifling and airless and cautious the [Hollywood] atmosphere is, how little nourishment or encouragement a good new idea receives, and how devoid of ambition the horizon currently appears.” Ask anyone. 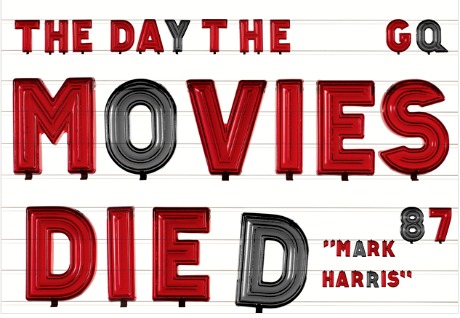 Wells to Poland: Pauline Kael wrote a fairly similar piece in 1980 called “Why Are Movies So Bad? or, The Numbers.” The article was dead-on. Having spent some time working at Paramount for Warren Beatty and on Love and Money, she knew something about the way things were constituted back then. BOOOR-ing also?

Social Network and True Grit producer Scott Rudin tells Harris that “the scab you’re picking at is called execution. Studios are hardwired not to bet on execution, and the terrible thing is, they’re right. Because in terms of execution, most movies disappoint.”

And with little or no faith in execution, what choice do the suits have (leaving aside the occasional exceptions) but to be “more interested in launching the next rubberized action figure than in making the next interesting movie”?

And Harris doesn’t blame it on all on Don Simpson and Jerry Bruckheimer‘s high-powered formula hits of the ’80s, although they were, are and will always be emblematic of the big Hollywood dumb-down cycle that kicked in during the early ’80s. Harris says “there’s no overarching theory, no readily identifiable villain, no single moment to which the current combination of caution, despair, and underachievement that defines studio thinking can be traced.” And then he says, “But let’s pick one anyway: Top Gun.” As in “a dozen or fifty or a hundred different factors contributed to what I’m writing about, but let’s simplify by digging into a movie a lot of us hated back then and despise all the more now…and have a little fun in the bargain.”

Focus Features honcho James Schamus tells Harris that “fear has descended, and nobody in Hollywood wants to be the person who green-lit a movie that not only crashes but about which you can’t protect yourself by saying, ‘But at least it was based on a comic book!'”

I’ve always blamed the audience more than the studio guys, most of whom do very little to put the good stuff on the table, true, but are primarily reacting to ticket sales. On 7.17.06 I wrote that “some may see going to a just-opened movie as a kind of cathartic Southern Baptist service (talking back to the screen, letting it all out, etc.), but most people probably see movies as a kind of sporting event or mass video game or amusement ride.

“There’s an analogy between what I’m saying and Norman Mailer‘s feelings of reverence about the moon. During a 1971 promotion tour of his book ‘Of a Fire on the Moon,’ and particularly during a visit to The Dick Cavett Show, Mailer sharply criticized astronaut Alan B. Shepard for hitting three golf balls on the moon’s surface during Apollo 14’s expedition, calling it a desecration of holy ground and a demonstration of American arrogance.

“I think that today, 35 years hence, American moviegoers probably have more in common with Shepard’s attitude than Mailer’s. Very few regard movie theatres as churches. They see them as a kind of pit stop for temporary go-go diversion — places to meet friends in and eat popcorn and chug soft drinks and check their text messages as they wait for the latest audio-visual blast-ride to begin. Nourishment, contemplation, meditation…? Dude, what are you on about?”