If I was Aaron Sorkin I would want my John Edwards movie, an adaptation of Andrew Young‘s “The Politician“, to appear before Jay Roach and Danny Strong‘s Game Change. Sorkin’s intention to write and direct for theatrical was announced last July. The latter is a forthcoming HBO adaptation of Mark Halperin and John Heilemann‘s best-seller that reports in depth about Edwards’ presidential campaign and concurrent affair with Reille Hunter. 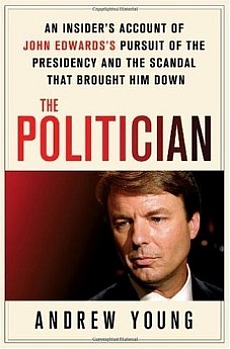 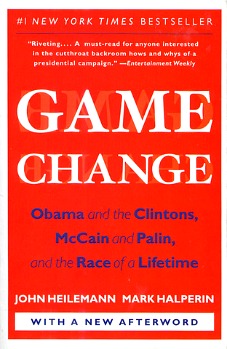 Sorkin’s Oscar-winning, West Wing-fortified brand is such that his film could follow Roach’s and everything would be more or less okay. It ain’t the timing as much as the quality, etc. (Penny Marshall‘s Big was the final age-changing comedy released in the late 1980s, but it was the best.) Plus Sorkin’s film will focus mostly on Edwards, Young and Hunter while Strong’s screenplay will tell the stories of all the major players in the 2008 election.

But there’s no question that (a) being the second guy to tell the same story a few months after another version is never a desirable thing, (b) Joe Popcorn’s interest in a film about Edwards will probably be at least somewhat diminished if Roach’s HBO version comes out first (which appears likely), and (c) Roach and Strong’s Recount, the HBO film about the disputed Florida election that aired in ’08, was a highly absorbing, very well-written piece, so Sorkin’s Edwards movie kicking their Game Change ass in the telling of Edwards story isn’t exactly a done deal.

Sorkin’s will naturally be more detailed and probing (and almost certainly more devastating from Edwards’ personal perspective), but if Strong tells it well and Roach casts the right actors as Edwards and Hunter, the HBO version could make a lasting impression. I haven’t made any calls, but logic dictates that both films would want to come out during during the 2012 election cycle. My guess is that Roach and Strong’s HBO film will be out in early ’12 with Sorkin’s film (presuming it happens) hitting theatres sometime between the summer conventions and November 2012.

Hollywood Elsewhere is asking the usual sources to please send along PDFs of Strong’s script, which I’m told has gone out to actors, as well as a draft of Sorkin’s, if and when anyone has seen a copy. Thanks.