If I’d called Fast Five director Justin Lin yesterday and asked for a quick meeting at the Urth Caffe, he would have blown me off. Lin probably feels at this stage that he’s too much of a hot-shot to sit down with an online columnist. But let’s imagine for a second that he might have recalled our chats in ’06 about Better Luck Tomorrow and said “sure, fine…where and when?” Let’s also imagine that we both showed up on time, and we both ordered herbal tea. 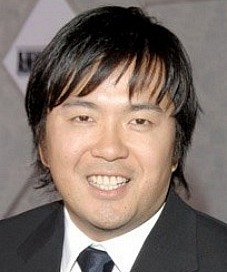 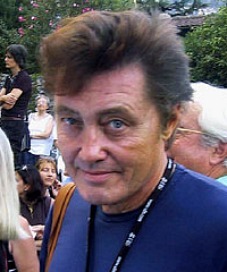 HE: Good to see ya again, Justin.

JL: Yeah…four, five years. How ya been, Jeff?

JL: So let’s get into it. You don’t like the film, right? You hate it?

JW: I don’t hate it, no…not really. Well, kind of. It’s just that I really love that low-key Steve McQueen machismo thing. I love serious driving and fine-tuned machinery and high-speed chases. The kind I can really believe in, I mean. Love that stuff! And you…look, no offense, Justin, but your movie flat-out refuses to believe in any semblance of physical reality. You know, the stuff that’s out there when you drive on a real highway? Or a real two-lane blacktop in the desert? And so it locks me out of what’s happening on the screen. It keeps tromping on the accelerator and doubles-down and insists on an infantile and looney-tunes action-geek attitude. And I went into the theatre really wanting to have fun with this sucker…y’know? I wanted to laugh and clap my hands and kick back, and your movie kept pushing me away. So I have to believe you don’t really love fast-car movies like I do.

JL: The fuck…of course I do! Have you even seen the other ones?

JW: I’ve seen two of them. This one and Tokyo Drift, and they didn’t get me off, man. They’re not about the real thing. The first one, Rob Cohen‘s, was pretty good. But Fast Five is so cranked on CG cartoon steroids…it’s robotic, man. I’m almost sitting there in tears, begging to be let into the world of this movie so I can have some fun, and time and again it’s like you’re leaning over and saying to me, “Look, Jeff…I’d like to give you what you want to see, but it’s so much easier to make a bullshit CG Tom-and-Jerry action movie.”

JL: So you want to see another Bullitt?

JW: I want to believe in the action.

JL: McQueen was cool but you gotta move on. Y’know…embrace the now.

JW: I saw a YouTube video of a guy being chased by a cop car. Maybe two or three years old. He had video cameras mounted on the front and rear of his helmet. It was happening on a highway in what looked like cold, rainy weather, and the chase went on and on. Mostly the cop car was staying fairly close and sometimes the guy was pulling ahead. Really high speeds. And then the guy got off at an exit and cornered really hard to the left and the cop tried to do the same but his car couldn’t hold the pavement and he went sliding off the road and into some nearby brush and the motorcycle got away. I was into that video for thrills much more than any part of your film.

JL: I believe in Fast Five.

JW: You believe…what, in the money you’re making?

JL: I believe in doing it well, getting it done, people liking it, making movies that guys like James Rocchi are going to favorably review. And I believe in working with Universal and…you know, the marketing guys. And Fast Five is the kind of movie they want to sell.

JW: I was sitting there like a zombie, Justin….c’mon!

JL: As a big-studio action director, I live in a kind of jail cell. Well, at least I do in my head. I mean, I can’t be Paul Greengrass…you know? I gotta be Justin Lin. And most big-studio action movies are about one thing — doing it louder, faster, cooler and more excitingly than the last action film. That’s all it’s about — the last movie made by the last guy. And if I can’t top the last guy, I’m dead. They’ll get somebody else to direct the next one.

JW: I liked that silent stare-down moment between Vin Diesel and Dwayne Johnson. It’s a very gay film. All the guys are really bulked up with lots of torn tissue and nobody really pays attention to the women. I mean, the women are “there” but it’s the male bodies and the eye-ball-to-eyeball male attitudes that dominate the film.

JW: Because every time somebody hits or gets hit, they go “auggghh!” Or “whoooff!!” Or “ahhwwrrrll!” I hate that. People never groan when they hit each other in real fights. Ever. And fights are always over really quickly. Usually win a minute or two. Okay, I believed that long fight between Matt Damon and that North African agency guy. That went on for three or four minutes. But you’re…you said you’re not Greengrass. Not in your quiver. I only know that I was bored by the fight scenes. And the driving scenes. And the scene when they drag the vault through the streets of Rio.