Bloody death photos of Osama bin Laden will come out sooner or later, but not officially. President Obama decided yesterday that the photos would only agitate and wouldn’t prove anything, etc. But photos of other guys killed in the compound, posted yesterday by the Guardian, offer the viewer a pretty good idea of how Osama’s corpse probably looked. 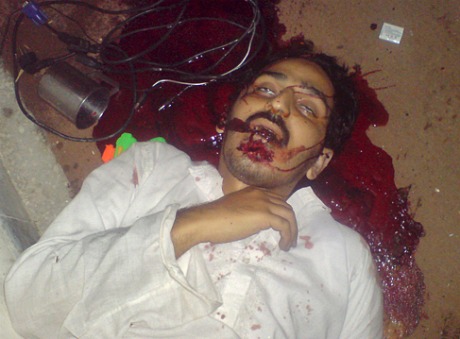 There’s no dignity in being ripped apart by bullets and then photographed in repose. No dignity at all.

The only shots fired by the opposition came, in fact, “when Bin Laden’s trusted courier, Abu Ahmed al-Kuwaiti, opened fire from behind the door of the guesthouse adjacent to the house where Bin Laden was hiding.”