Boxoffice.com is projecting that The Green Lantern‘s total domestic theatrical gross will top out around $135 million after earning $52,685,000 this weekend. Indiewire‘s Anthony D’Allesandro reports that Green Lantern grosses “fell 22% between Friday and Saturday with another 15% today [i.e., Sunday].” 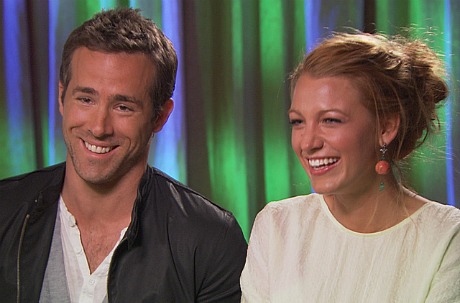 Warner Bros. will pocket around 90% of the $52 mill and maybe…what, 75% or 80% of the grand total? Even when you factor in overseas revenue, DVD/Bluray and pay/cable, etc., it still looks like a shortfaller considering the $300 million tab ($200 million to actually make the damn thing and, according to WB honcho Alan Horn, $100 million to sell it worldwide). So it’s a loser, a down-the-holer. No sequels, go away, etc.

What factors brought the curtain down upon The Green Lantern? Unfiltered Lens observer Ray DeRoussecites four killers: (1) Comic-book movies need a singular vision, and all Green Lantern really offered was soulless eye candy; (2) 3D is dead — “Nobody wants to pay $14 to $20 a ticket to watch Ryan Reynolds fight CG fart clouds in 3D… nobody“; (3) “Ryan Reynolds is not a movie star…yet”; and (4) “Comic-book movies have hit the end of the road.”