I’m watching the new Bluray of Henry King‘s Twelve O’Clock High — a highly regarded 1949 military drama about Americans running daylight bombing runs out of England in the early days of World War II. And within ten minutes I’m reminded of the difference between a highly competent, good-enough director (in this instance Henry King) and someone with a little more visual pizazz. 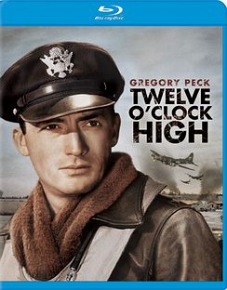 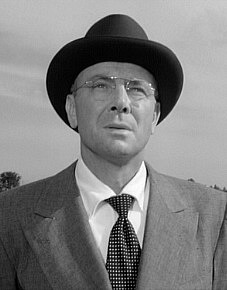 It begins in 1949. After buying a toby jug at a London curio shop, a now-retired officer (Dean Jagger) visits the 918th’s abandoned airbase at Archbury. Memories come flooding back. It’s like that scene in The Best Years of Our Lives with Dana Andrews roaming around a field of abandoned B-17s. Jagger looks down and the camera adopts his POV, looking at winds rippling through tall grass. Then the camera pans left and slowly moves up to the sky and you’re thinking, “Ahh, we’re going to see planes overhead without a cut…the past blending into the present!”

And then King blows it. He fade-cuts into a shot of planes cruising down and landing on the field in 1942. A fade-cut! He could have even put the civilian Jagger into the same shot with the planes. It could have been such a great moment.

The quality of the Bluray, by the way, is exceptional. It looks like “film” (i.e., you can feel the grain) but also clean as a whistle. The details and tonalities are perfect. The blacks and the shadings are about as good as any well-shot 1940s black-and-white film can deliver.