Comic-book CG-crap moves like The Green Lantern don’t absolutely need major fanboy sites to cheer them on, but they’re definitely in trouble if brilliant, high-end geek critics like Hitfix‘s Drew McWeeny give them a thumbs-down. This morning McWeeny shoved his gleaming switchblade between the ribs of this hugely expensive (reportedly $300 million) Warner Bros. film. I think it’s over now. It’s a dead movie. 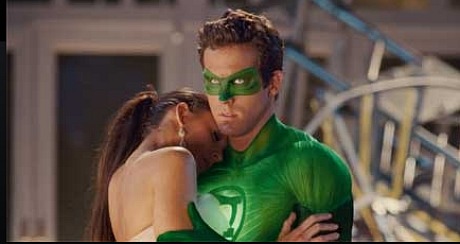 “I want to like Green Lantern,” McWeeney begins. “I don’t want to be the guy who calls the time of death at the scene of the crime. [But] I don’t like Green Lantern. I think the movie is pretty much inert, artificial and dead-on-arrival. I don’t think is the first building block of a world I want to spend more time in [and] I don’t have any faith in this as a franchise, much less step one in the DC Universe. Martin Campbell is as wrong for this film as he was right for Casino Royale. In general, I was deflated and depressed by the film I saw.”