Our Idiot Brother sounds wrong because a family of any size never agrees on any particular view or opinion, especially negative ones. Derogatory putdowns are almost always expressed by individuals. One or two members of a family might think Paul Rudd‘s character is an idiot, but three or four others are sure to use another term. The Weinstein Co. should have stuck with My Idiot Brother, which is what it was called at Sundance 2011. 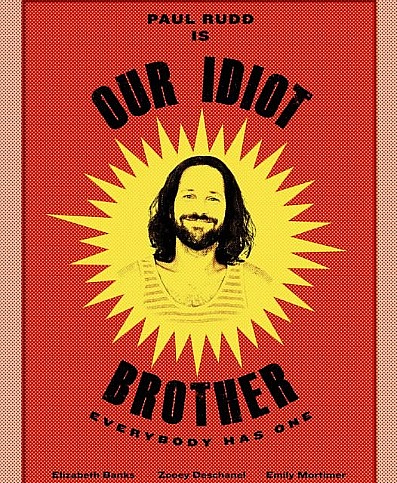 Our Idiot Brother sounds like the whole clan has dismissed Rudd as a tool, and that no one is on his side. That doesn’t sound as interesting as one or two family members having a problem with him and others trying to mitigate or standing by and observing, etc.