“All strong directors are sons of bitches,” John Ford allegedly said to screenwriter Nunnally Johnson sometime in the late ’40s or early ’50s. His point was that Johnson, in Ford’s view, was too much of a nice, thoughtful, fair-minded guy to cut it as a director. Directors basically can’t be mellow or gentle or accommodating. They need to be tough, pugnacious and manipulative mo’fos in order to get what they want. And if they’re too deferential, they won’t last. 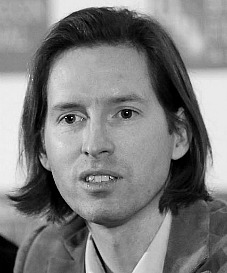 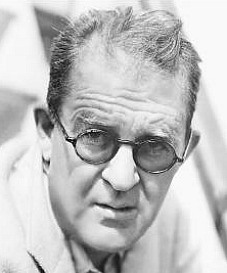 I was reminded yesterday what a tough mo’fo Wes Anderson is when I asked him via email if he had a comment about Polly Platt‘s death, and he said “I don’t wish to share anything at this time.” What he actually meant, I suspect, is that he was temporarily refusing to disengage from the ultra-intense concentration he’s devoting to the making of Moonrise Kingdom, and that he just can’t and won’t disengage to compose a short paragraph about the woman who all-but-singlehandedly brought him into Hollywood’s top-tier realm.

That’s not conventional selfishness or thoughtlessness, but hard-core battlefield thinking. All movies are wars — enemies all around, one skirmish after another, betrayal lurking, bullets whizzing — and Wes was basically saying, “Polly and I know what our relationship was about and what she did for me, and I just don’t feel the need to jump through your quote hoop at this exact moment. I’ll say something about Polly at a time of my own choosing. But that was then and right now I’m leading the Third Army across France and into Germany so if you’ll excuse me…”

This reminded me of another “don’t mess with Wes” moment when I obtained entry into the Royal Tenenbaums Manhattan after-party in September 2001, and an enraged Wes came over and laid into me something fierce for (a) being at the party when he didn’t want me there because (b) I’d written a half-and-half review of Tenenbaums that leaned negative, and which came out a day or two earlier than other N.Y. Film Festival reviews. We talked the next morning in a calmer way, but I’d learned what a scrappy, in-your-face guy he could be when angry or under pressure. No pushover.

All good directors (Mann, Stone, Tarantino, Cameron, Kurosawa, Nichols, Kubrick) are know to have operated like this in their prime. They don’t sashay their way through the making of a film — they stress and scheme and argue and finagle to get whatever they want any way they can. Making a movie with them is an organized, guns-blazing, duck-and-weave enterprise that requires hard work, and is no day at the beach. All smart directors go out of their way not to be mean or manipulative, of course, being political animals and all. But deep down they have to be that snarly John Ford guy, or the system will eat them up.

There are always welcome exceptions to any rule, but the general rule is that there’s a linkage between directors getting older and becoming nicer, mellower people and their films starting to go down in quality.

The question is not which good directors have SOB undercurrents (answer: all of them) but which directors have a reputation for perhaps being too mellow and easygoing and accommodating, and are therefore probably doomed to be weeded out of the business sooner or later?