Carnage NYC-Bound, But Whither Tinker?

So the New York Film Festival‘s crack team (Scott Foundas, Rose Kuo, Todd McCarthy, etc.) has landed Roman Polanski‘s Carnage for their opening-night attraction. Meaning there will be no Carnage at the Toronto Film Festival due to NYFF exclusivity terms, although it’ll have its world premiere at the Venice Film Festival in early September. 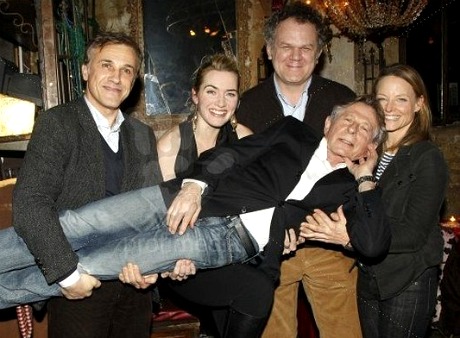 My other question (which NYFF and Focus Features staffers have so far declined to answer) is whether or not Tomas Alfredson‘s Tinker Tailor Soldier Spy, which will also preem at Venice, will be confirmed as a Toronto Film Festival attraction or as another NYFF booking down the road? It doesn’t figure that Venice has TTSS booked but not Toronto unless the NYFF has locked it down. Well…?