In Contention‘s Guy Lodge has taken issue with yesterday’s riff about Baz Luhrmann‘s forthcoming 3D version of The Great Gatsby, which alluded to one or two concerns about what Luhrmann might do to F. Scott Fitzgerald‘s classic novel, and how costar Carey Mulligan, as I put it, is probably “too diplomatic to voice fears along these lines.” 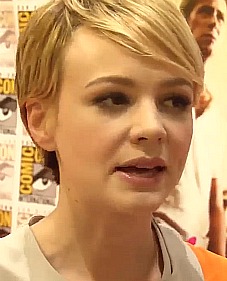 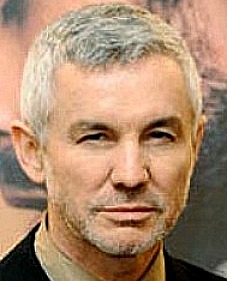 “I love how you’ve completely fabricated this certainty that Carey Mulligan is secretly on your side in all of this,” Lodge wrote. “If she had such misgivings, would she really have committed to the project?”

Here’s how I responded this morning in the comment thread:

“Wells to Lodge: If you’re a gifted, A-list actress and you’ve been offered a shot at working with an impassioned brand-name director (i.e., one who isn’t necessarily on his aesthetic game the way he was 10 or 15 or 20 years ago but who’s still cooking with gas and full of beans) on an ambitious and/or nervy sort of project based on a greatly admired book by one of the great names of 20th Century literature, you may well decide that you owe it to yourself to take a risk and jump off the cliff and see what happens, etc.

“An artist who can’t think or act boldly or perhaps even recklessly from time to time isn’t an artist. Mulligan is obviously not stupid. If she’s seen Australia she knows what could possibly happen here. But she doesn’t want to play it timidly and safely. ‘Art isn’t easy’ plus she’s in the company of Leonardo DiCaprio and Tobey Maguire and Isla Ischer, etc. She’s figuring even if it’s a fiasco nobody will blame her for doing everything she can to breathe fresh life into Daisy Buchanan.

“Plus it’s…I was going to say it’s a great part but Mia Farrow‘s performance as Daisy Buchanan in Jack Clayton‘s 1974 film was so irksome that I wrote her off for years after that. But it’s certainly a part that allows for a performance by Mulligan that could work out nicely in this or that respect. At least theoretically.

“Honestly? I don’t know that I want to see Mulligan playing a flamboyantly unstable Zelda Fitzgerald-type airhead. I love C.M. for her class and sass and the aesthetic focus that led her to do that Manhattan stage adaptation of Through A Glass Darkly (and okay, her sexiness), but as Daisy she’ll have to suppress a good deal of what she seems to be basically about.

“I wrote that she’s ‘too diplomatic to voice fears along these lines’ because YOU AND I KNOW, GUY, that despite whatever particular enthusiasm she’s feeling about the role and this film that she’s almost certainly nursing fears about the whole thing going wrong in some horrifically miscalculated way (as Australia did).

“What if Luhrmann had managed to shoot his own Alexander the Great movie as a competitor to Oliver Stone‘s version? Can you imagine what that might have been? In terms of the potential excess, I mean? The mind cartwheels.

“The idea of transforming the Capulets and Montagues into warring, swaggering, gun-toting gangsta clans in flashy urban threads and driving around in hot cars …that was cool. But you know that no good can come of doing Gatsby in 3D unless Baz just shoots it plain and simple and straight in a Masterpiece Theatre way (which you KNOW he’s incapable of doing), in which case the 3D would just ‘be there,’ so to speak — it wouldn’t stand in the way or block the path or vulgarize whatever remnant of Fitzgerald’s novel that might still work in this day and age. If Baz cooled his jets and just shot it in 3D (which, again, WILL NOT HAPPEN) the technology might not muck things up in any sort of coarse or obnoxious way. It would just ‘be in 3-D’…which might be okay.

“But you KNOW Baz can’t leave well enough alone, and that’s why Mulligan is almost certainly scared. She’s a brave enough artist to go for it regardless and who among us doesn’t respect her for that? But don’t tell me she hasn’t awoken at 4:30 in the morning once or twice since signing to do this thing & asked herself, ‘My God, what have I done?’ I’m not saying she’s ‘on my side’, but she’s a highly alert and perceptive artist of the first order, and she knows or has sensed or at least considered everything I’ve written here….c’mon.

“Fear is a natural component of creativity. And the right kind of fear feeds the fire.”