Apart from the obvious ethical considerations, an underlying element in all the Rupert-bashing of the last few days is that the liberal media is revelling in an opportunity to lash Murdoch for creating and enabling the rabid-attack-dog, spread-the-rightwing-bullshit messaging that his news empire (including the especially odious and obnoxious Fox News and the New York Post) is known for, or to at least weaken or modify it some extent. 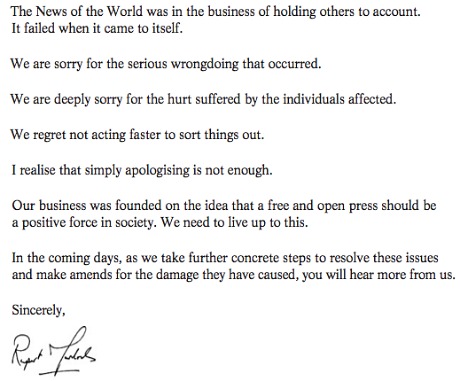 Whatever prompts Murdoch to modify his methods, in other words, may result in a roundabout fashion in a less arrogant and more temperate approach to news-reporting. This may be flawed or presumptuous thinking, but that’s part of the liberal media establishment mood right now.