Why does it take so long to figure out when Hurricane Irene will actually hit Manhattan? I know it’s supposed to arrive Saturday around midnight or so, possibly an hour or two later (which would make it Sunday)…but why do you have to search around for this info? Why are news reports so averse to simply stating this likelihood in plain, standing-around-in- front-of-the-neighborhood-pizza-parlor dumb-guy language? 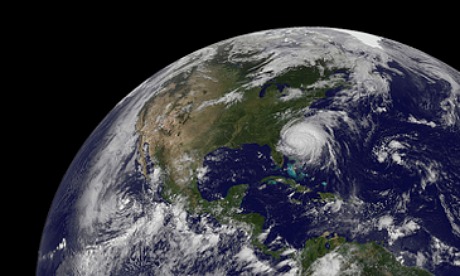 So it’s travelling around 15 mph, and it’s been downgraded to a level 2 from a level 3, and is expected to hit the general, all-spread-out New York City area by the end of Saturday Night Live? And it’ll be gone and on its way to New England by dawn or thereabouts? And that’s it?

So if you want to adopt a Hollywood Elsewhere “you only live once” attitude and experience the damn thing you’re going to have to forego sleep? And if you want to shoot video of Irene’s arrival you probably won’t get a damn thing because it’ll be pitch black? And the NY subway system is going to shut down at noon tomorrow, or roughly 12 hours before it hits? Why not shut down at 4 pm or 6 pm? And movie theatres will be closed?

If Roland Emmerich was handling the logistics for this thing you can be damn sure it would play out differently. I hope the flooding isn’t going to be too bad and all that, and I hope to God no one loses their life or gets badly hurt, but I can feel a little bit of an inkling of a letdown coming. Hurricane Irene is real, all right, and it might be awful, but I suspect it might be a little bit ike Carmageddon when all is said and done. Okay, maybe not quite that much of a shortfall. But a good portion of it, I suspect, is just going to be driving rain and howling winds and tree branches snapping off and electric power lines down and news reporters doing their best to scare the shit out of alert people to the dangers. It will come and it will pass, and the biggest dividend will be “cause for the pause that we all should be taking anyway.”