I had to run out to an 11 am screening of Gavin O’Connor‘s Warrior (Lionsgate, 9.9), a rousing, emotionally emphatic, Mixed Martial Arts family drama that I’m not allowed to review at this time. But Tom Hardy is the shit in this thing. The instant he appeared on-screen I knew he was up to something extra-special and quite fierce. He gives one of the most intense burn-through, seething-machismo performances I’ve ever seen in a mainstream feature. 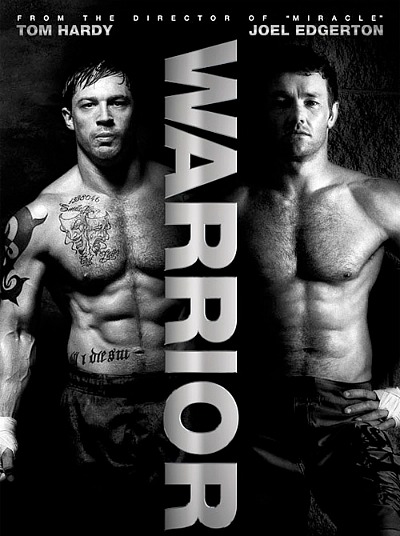 Hardy’s Warrior character is an AWOL Marine who eats his MMA opponents in the cage. He’s a quiet animal in a hoodie, he’s Bane, he walks like a fucking musclebound gorilla, he’s bruised and compassionate and crying inside, and he’s really something else.