I make factual and typographical mistakes each and every day on this site. Which I try to correct as quickly as I can. So I’m sure MCN’s Michael Wilmington will appreciate being told that he’s made a mistake in his 8.3 review of John Frankenheimer‘s The Manchurian Candidate (’62), or the MGM Bluray rather. Apart from the fact that Wilmington doesn’t mention that the quality of the Bluray is highly unexceptional, I mean, and smothered in digital mosquitoes. 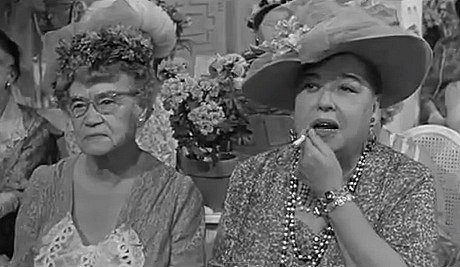 The error, which readers are invited to spot, is in the following graph: “Now, as we watch, the scene keeps shifting from the New Jersey hotel lobby to the Manchurian theater and back again. Would we like a demonstration? The affable Doctor Yen, a man who almost never stops smiling, calls on Sgt. Shaw, asks him to pick the man he likes best of all his fellow soldiers — and Shaw picks Cpt. Marco. No dice, says Yen. They need Marco to get Raymond his Medal of Honor. Pick another. Raymond chooses the very likeable Ed Mavole, who is puffing away happily on a joke cigarette that Yen’s men have mischievously filled with yak dung. Fine.”

I’ll admit that the Candidate Bluray looks a little better on my 50″ Vizio than an earlier DVD version does, and that the blacks are richer, and that there’s more information on the sides.