It might be better for younger would-be viewers of Rod Lurie‘s Straw Dogs (Screen Gems, 9.16) to not see the 1971 Sam Peckinpah original, which is out on Bluray on 9.6. They’re very similar films, and I for one couldn’t stop thinking how similar as I watched Lurie’s version. It’s his best film ever, I feel, but seeing it clean without any back-and-forth going on in your head is preferable, I think, for Peckinpah virgins. See Lurie’s film and then see the Peckinpah — that’s my advice. 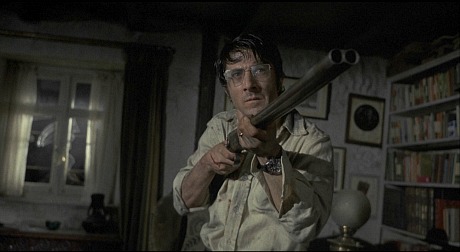 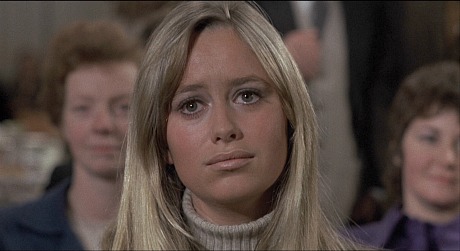 DVD Beaver‘s Gary Tooze says that MGM Video’s Dogs Bluray “is probably as good as it’s going to get…with a very high bitrate, it has definite visual advantages over the standard DVD editions. [It] looks pretty good but not pristine — it’s actually better than I expected in motion with some depth sneaking in here and there and detail in close-ups is notable.”