Hugo “Made For Cineastes”

A guy who read my earlier Hugo post and who definitely writes well has conveyed the following: “I saw Martin Scorsese‘s Hugo at a Chicago test screening in mid-September. Some comments on your posted expectations”: 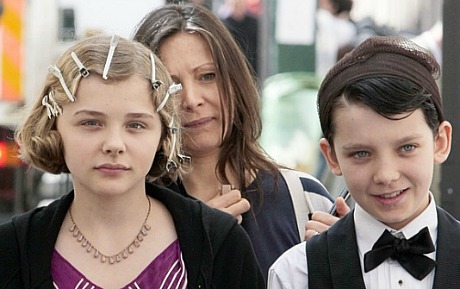 Chicago comment: “Not at all. Lots of wide-angle and tracking shots. In fact, there’s one tracking shot in the opening 10 minutes that outdoes the Copa shot in Goodfellas in terms of sheer technical razzle-dazzle — it follows Hugo across and around catwalks, down a ladder, around a spiral slide, through walls, etc. ¬†It doesn’t have the same narrative effect as the Copa shot, but it left my jaw the floor.

“The most consistently impressive aspect of the 3D is actually the particulate matter Scorsese adds to all the shots in the train station — amber-hued dust, snow, seta, etc.

“Also, much of the aesthetic is rooted in the wide proscenium framings of silent cinema. This makes a lot of narrative sense once the ‘secret’ of the film is revealed.

2. “And it may be a highly satisfying film in this or that way, but this is one of Scorsese’s experiments.”

Chicago comment: “Nope. I actually think it may be his most ‘personal’ film since…I don’t know, Goodfellas? Without spoiling too much, all the people who know Scorsese are going to be writing about how this is really about him and Thelma Schoonmacher rediscovering Michael Powell in the ’70s and their efforts to restore his reputation. I shit you not — the last act is all about the importance of film preservation.

“And that’s before you throw in all the stuff about an outcast kid who watches the world from his window (i.e., Scorsese growing up), trying to avoid getting hit by the local enforcement (Sasha Baron Cohen = the mob, etc.)

“Does it work? To a point. Before I saw it, I was willing to write this off as an experiment as well, but it’s obvious Scorsese put some heart and soul into this. But you’re right — ‘heart’ isn’t really in Scorsese’s wheelhouse. 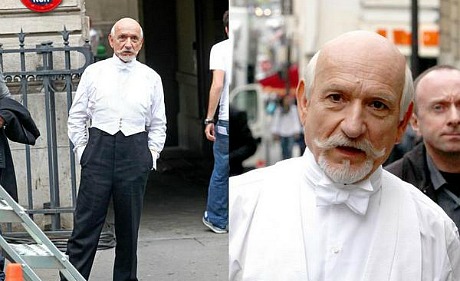 Ben Kingsley as he appears in Hugo.

3, “Scorsese doesn’t do kid-friendly or family-friendly.”

Chicago comment: “You’re right. But contrary to the trailer’s portrayal, this isn’t really a kid movie. Frankly, I think kids’ll be bored with it. It’s a movie made for cineastes.

“The kids are fine (Asa Butterfield is a little stilted), but the showcase performance here is Ben Kingsley‘s.

“It makes sense that they’re screening this early. If they try to sell this directly to families, it’s going to tank. They really need to get the erudite snobs talking about this one. Unfortunately, The Artist may have the stolen the old-school cineaste cache this might have had.”

Note: Obviously those stupid A’s are contained in the characters of the original e-mail, but damned if I can figure how to get rid of them short of re-typing the whole thing.